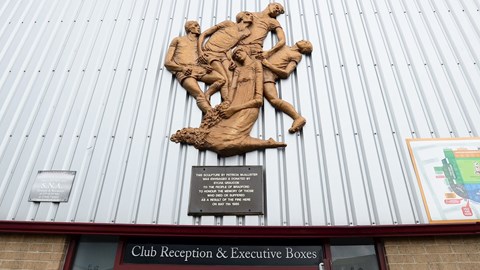 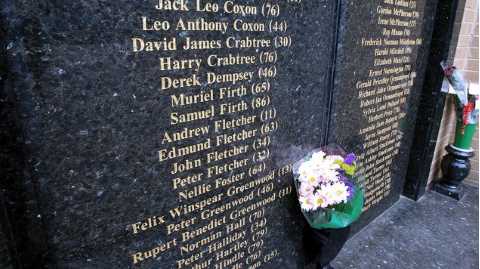 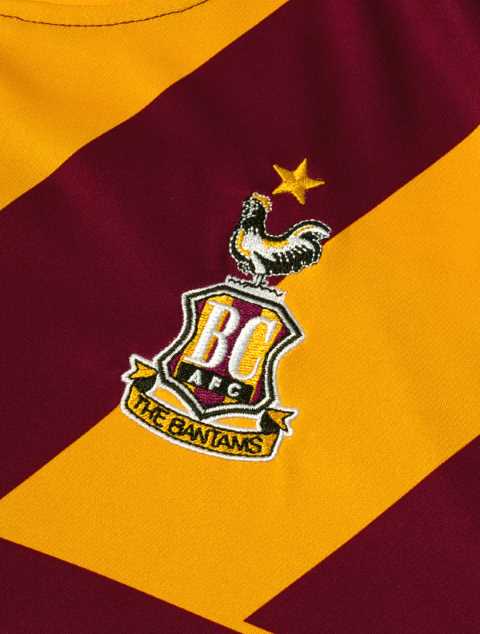 1886: Opening of Valley Parade as a Rugby Union venue, home of Manningham FC

1903: Manningham FC convert to football from rugby, secure election to the Football League and recruit players for a new team – ‘Bradford City AFC’

1911: Winners of the FA Cup after a 1-0 replay victory over Newcastle United - first holders of a new trophy designed in Bradford

1922: Relegation from Division One

1949: Re-elected to the Football League after finishing bottom of Division Three (North)

1963: Re-elected to Football League after finishing second to bottom of Division Four (91st)

1966: Re-elected to Football League after finishing second to bottom of Division Four (91st)

1999: Promotion to the Premier League, a top-tier club for the first time since 1922

2001: Relegation from the Premier League

2013: Defeated finalists in Football League Cup (sponsored by Capital One) at Wembley by Swansea City - one of the most historic seasons the club has seen, overcoming Premier League Arsenal, Aston Villa and Wigan Athletic; winners of League Two play-off final at Wembley - beating Northampton Town 3-0

2015: FA Cup Quarter-finalists after defeat of would-be Premier League Champions Chelsea at Stamford Bridge in Round Four and Premier League Sunderland in Round Five - another history-making season

2017: Defeated in League One play-off final at Wembley

Modern stands tower over rows of terraced houses to provide an impressive spectacle which makes the University of Bradford Stadium unrecognisable from the ground supporters knew before the 1985 Valley parade Fire Disaster - when the 77-year-old wooden stand was destroyed.

The ground, situated on a sloping tip site, was originally constructed during a three-month period in 1886 when Manningham Rugby Club were forced to move from nearby Carlisle Road after their ground was sold to build Drummond School.

Bradford City, who were formed in 1903 when Manningham decided to switch from rugby to football, developed so rapidly they gained promotion from the old Division One five years later and the directors hurriedly constructed a ground to cope with the large crowds - of anything between 25,000 and 30,000 - which flocked to Valley Parade to see the biggest names in English football.

The club faced a similar problem in 1999 when they gained promotion to the Premier League, and thus decided to add a second tier to the main stand, giving the ground a 25,000 all-seater capacity to cope with the attraction of football's elite.

Unfortunately, City were relegated just as the Main Stand extension was completed.

Following the Valley Parade Fire Disaster on 11 May 1985, Valley Parade lay derelict for 12 months, while a decision on its future was taken, although reserve team games were played there, with crowds of just a few hundred gathered under the shed at the Bradford End.

In the meantime, the Bantams played their games at Leeds United, Huddersfield Town and Odsal Stadium and it was thought Bradford Council, who owned Odsal, would have liked City to abandon Valley Parade and share the stadium with Bradford Northern (now Bradford Bulls).

However, the hardcore of City supporters - then numbering about 6,000 - were adamant they wanted to return to their traditional home and so, in June 1986, 13 months after the fire, work began on a £2.6million redevelopment scheme.

Most of the money came from West Yorkshire County Council, then going out of business. They provided £1.4million, the club £650,000 with the remainder coming from the Football League Ground Improvement Trust.

The scheme, which took six months to complete, was completed in time for a grand re-opening match between Bradford City and Bobby Robson's England National team, which included star names such as Kevin Keegan and Peter Shilton, and was played in front of a capacity-crowd of 16,000. It was an emotional occasion.

The next improvement came in 1991 when the present £1million 1,800 seater stand at the Bradford End replacing the standing terrace was opened, but the major developments came after Geoffrey Richmond became chairman - in 1994 - and coincided with City's rise up the divisions.

He had a vision for a ground to match his ambitions for the team and the most significant development was his decision to build a new £1.5million, 4,500 seater stand on the troublesome Midland Road side of the ground.

The project was announced three months before City's historic triumph in the Division Two Play-Off Final at Wembley. It was completed in time for the Boxing Day fixture against Sheffield United in 1996 and was officially opened by Her Majesty the Queen the following March, when she visited Bradford to distribute the Royal Maundy.

As a Division One club, City had three years in which to comply with legislation and convert their ground into an all-seater stadium. That meant demolishing the existing Kop (North Stand) and replacing it with an all-seater stand costing £2.5million, a project started during the 1998-99 Premiership promotion-winning season.

The roof of The Kop was removed in December 1998 and the new stand provided seating for 7,486, replacing a 7,234 standing area.

The corner between The Kop and the JCT600 (Main) Stand (West), the North West Corner, was filled in and came into use for the first time at the Boxing Day match against Sunderland in 2000.

A new suite of offices and a superstore were also build behind the North West Corner.

Work also began on the £7.5m Main Stand during the 2000 close-season as City prepared for their second season in the Premiership but, by the time it was ready, City were already relagated.

It became fully operational for a pre-season friendly with Blackburn Rovers.

The extensive ground redevelopment, spread over five years, had given Bradford City a 25,000-capacity stadium.

While the stadium is commonly known throughout the game as Valley Parade, its official title is the University of Bradford Stadium, following a welcome sponsorship agreement.