Ahead of this weekend's game with the Saddlers, check out some of the information below about match-day at the Banks's Stadium.

The Banks's Stadium
The Saddlers moved to then called Bescot Stadium in 1990 from Fellows Park, which had been their home for 104 years.
The stadium received a boost in 2003 with the opening of a two-tiered stand at one end.
Away supporters are housed in the University of Wolverhampton Stand at the other end of the ground, where around 2,000 away supporters can be accommodated.
Capacity: 11,300 (all-seated)
Directions
Banks's Stadium is located right next to the M6.
From The M6 North: Leave the M6 at Junction 9 and take the A461 towards Walsall. Turn right onto the A4148 (Wallowes Lane) and turn right at the second set of traffic lights. The ground will appear on your left.
Post Code for SAT NAV: WS1 4SA
Train
The Banks's Stadium has its own Railway Station, called Bescot Stadium which is situated behind the away end and is only a few minutes walk from the turnstiles. Trains run there on a local line from Birmingham New Street and the journey time is around 20 minutes.
Bus
The Banks's Stadium is well served by buses. All buses leave from the Bradford Place Bus Station. Service number 401E (operated by Diamond) runs every 15 minutes during the daytime on Monday to Friday and stop on Bescot Crescent outside the ground. The 45 runs every 20 minutes during Monday to Friday daytime, as well as Saturdays, and every hour after 9pm. The 4 service runs every eight minutes and stops on West Bromwich Road, a short walk from the ground.
Parking
There is a good-sized car park located at the ground behind the away stand, which costs £4. Bescot Railway Station also offers car parking for £2. Alternatively there is some street parking to be had off Wallowes Lane.
Pre-match (Food & Drink)
The Saddlers Club situated just outside the stadium is happy to admit away supporters on matchdays on payment of a £2 entrance fee, although under 16's are admitted free. The Club has two rooms, a smaller one at the front which is for home supporters and a larger function room at the back, which is for away fans. This area has seating for 300, has a large screen showing Sky Sports news and has food on offer such as pies & burgers.
Otherwise, the nearest pub to the ground is the King George V on Wallowes Lane.
The Bescot retail park is adjacent to the Banks's Stadium, while the Saddlers Shopping Centre is located in the heart of the town. 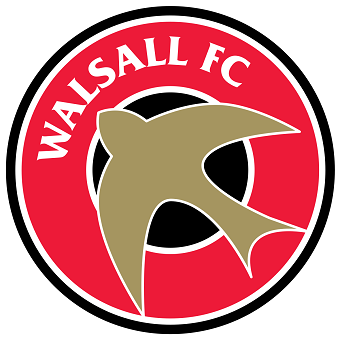 Further information about the Banks's Stadium can be found via Walsall's visitors' guide - HERE.