So the excitement builds for the start of the new season for Stuart and the team, however, there’s also a real buzz about the place because of the growth in the Football & Education programme the club runs.

The Football & Education programme is available to school leavers, both boys & girls, who wish to continue their studies whilst still pursuing their love for sport.

The club will launch a boys’ 11 a side team, boys & girls’ futsal team and girls’ 11 a side team all playing in competitive leagues, head of the Football & Education Programme and former academy coach Kim Farrand commented “We have identified the need to be able to provide various options for the scholars depending on their needs and desires, the 3 teams provide those sufficient pathways”.

The scholars study a BTEC Level 3 extended Diploma in Sport at our purpose built Education base, where we have 2 full time teachers working with the scholars.

The course includes all different aspects of sport, such as sports psychology, coaching and sports science and is the equivalent to 3 A-Levels. “It’s a fantastic course and base for anybody wishing to follow a career in sport and / or access to University” Matt Marshall said, who leads the Education Department.

From a football point of view, they will train 4 times a week, with the sessions being run by UEFA B license coaches, also have gym and classroom based sessions – the latter reflecting on the games that have been played given most games will be filmed; the footage will be available to the scholars should they wish to add clips to their CV. 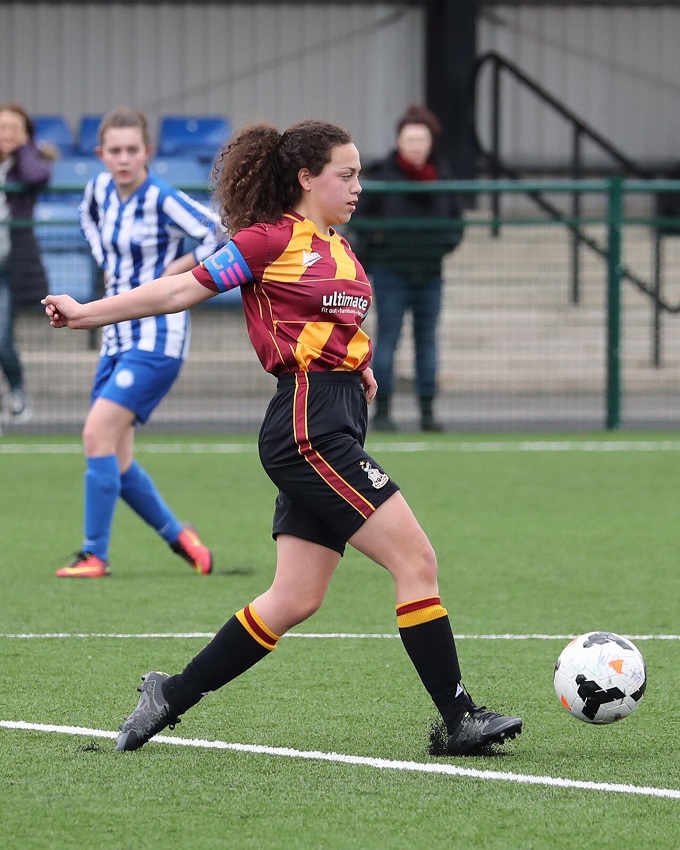 Once enrolled on to the course the scholars are provided with Bradford City training gear and for matches will wear the Bradford City replica home kit “We want to make this experience the closest thing to being a professional footballer as possible, not only because some of our scholars will still dream of that but also because ultimately they are representing a professional Football Club and as a club we have high standards” Farrand said.

The club works hard with the scholars to support them during their period of time with the club and also help them with their next step, whether this be University; going into full time employment (the Community Foundation presently has 3 members of staff who have come through this qualification) or potentially pursuing their career in sport further, or a mix of the above.

Farrand finished by saying “The scholars get the best of both worlds, they get a first class education as well as following their dream by playing football at a very good level.  In addition, the discipline that is needed to do both sides well gives them invaluable life skills which is important to us because we are here to develop young people”.

If you are interested in finding out more about any aspect of the course, please contact Kim Farrand on 07813 081681 or by email Bradfordcityfitc@aol.com