The Bantams have completed the signing of promising winger Jordan Gibson on a one-year deal.

The neccesary paperwork for Gibson's City contract has now been completed, with the talented attacker set to become the latest member of the Club's development squad.

Although born in England, Gibson's most recent club Glasgow Rangers, meaning his move to the Northern Commercials Stadium could not be rubber-stamped until City received international clearance.

The 19-year old spent two years in the Under-20 set up at Ibrox before returning south to England.

The Club have now received the relevant clearances for Gibson, who will wear squad number 27 after officially joining up with City boss Stuart McCall's playing squad.

Ahead of his move to the Bantams, Gibson enjoyed a period on trial with City during pre-season this summer.

Gibson featured in some of City's friendly fixtures ahead of the 2017/2018 campaign, scoring in the 3-2 loss to Sunderland at Valley Parade. 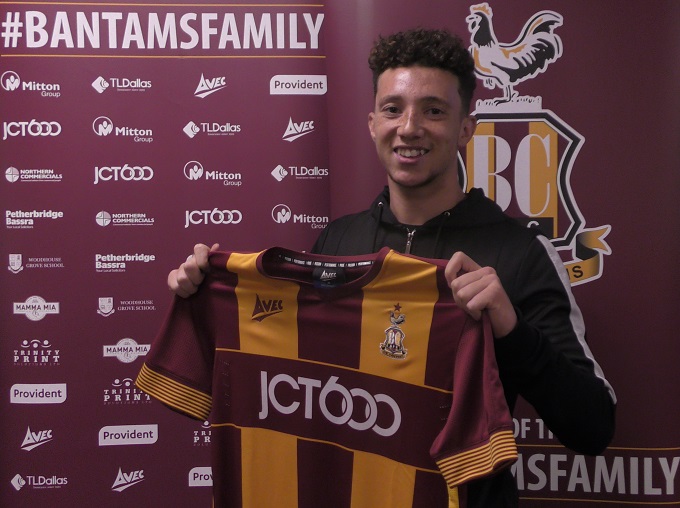 Gibson said: "The lads have all helped me settle in really well - the young boys and the older ones as well.

"The friendlies this summer were my first chance playing in a first team enviroment, especially at this sort of level.

"I am very grateful to the manager to have been given this opportunity over the summer.

"Scoring against Sunderland in front of the Kop was a great feeling.

"I feel I've only shown the fans glimpses of what I can do - I feel there is more to come.

"I believe in myself and my ability, and I know I have to show even more.

"Hopefully I can go out in games now and show what I can do.

"Looking at what Daniel Devine, Dan Pybus, Omari Patrick and Ellis Hudson have done, my aim has to be to try and get in the squad myself and make an impact as well.

"We're all pushing each other and looking to achieve the same goal."