Here it is - one of the most eagerly-anticipated days in the football calendar - the opening day - is just about upon us!

The Bantams kick off their 2017/2018 campaign with a home encounter against newly-promoted Blackpool this Saturday (5 August 2017).

City have made as many as six signings during the summer transfer window so far, and at least a few of them are expected to make their full debuts at the Northern Commercials Stadium.

The Blackpool game will be City's first competitive fixture since their heart-breaking Play-Off Final loss to Millwall at Wembley Stadium last May.

While City were suffering agony in their Play-Off Final though, opponents Blackpool secured an instant return back into Sky Bet League One thanks to a 2-1 success over Exeter City in the League Two final.

Blackpool will be aiming to use the momentum gained from that promotion to give them a strong start to this season, but City have ambitions of their own andwill be going all out for a positive result in front of their own fans.

Stuart McCall's men, of course, went the whole league season unbeaten at home last time out, and they will be hoping home advantage works in their favour again this Saturday. 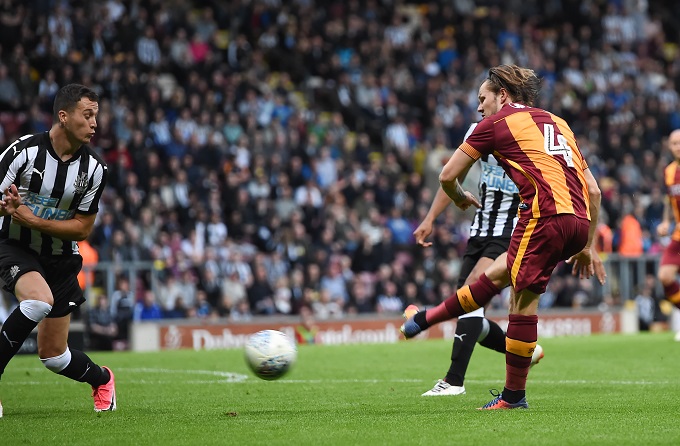 Alex Gilliead, who featured on loan with City last season, could also feature following his return to the club from Newcastle United.

Fellow close season recruits Dominic Poleon and Paul Taylor are fighting to prove their fitness in time for this Saturday after recent niggling injuries.

Charlie Wyke is definitely ruled out as the front-man continues his recovery from a hamstring injury.

Blackpool
Like City, Blackpool are also expected to hand debuts to a number of their summer signings.

Former Bantams goalie Ben Williams is another player to have moved to Bloomfield Road over the close season, although he faces competition with another recent recruit Ryan Alsopp - signed on loan from AFC Bournemouth - for the goalkeeper's jersey.

With Colin Doyle now, of course, in the City ranks, should Williams be handed the gloves for Blackpool, there could be the fairly unique situation of both shot-stoppers swapping clubs since the last time the two sides met.

When City and Blackpool were last in the same division back in the 2015/2016 season, Doyle was keeping goal for Blackpool and Williams was part of a City defence that kept a record seven consecutive clean sheets.

Influential midfielder Brad Potts won't be available to Seasiders boss Gary Bowyer after completing a move to Championship side Barnsley. 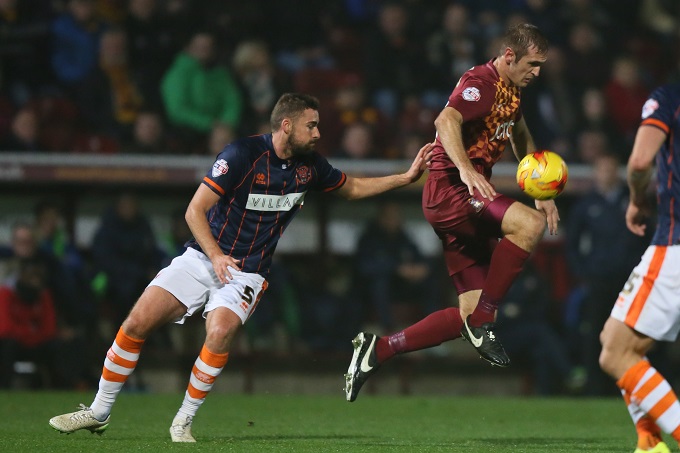 City were victorious in the last meeting between the two clubs at Valley Parade back in November 2015.

The game was settled via a single goal from James Hanson on the stroke of half time.

Tickets
Supporters are respectfully reminded that they are able to purchase adult tickets for the Blackpool fixture at the Northern Commercials Stadium for the pre-match rate up until close of business the day before the game.

City fans can buy their adult Blackpool match tickets from the club's ticket office for only £20.00 if they purchase them before 5:00pm on Friday (4 August).
Home adult tickets are priced at £25.00 on match-days, meaning a saving of £5.00 per ticket for City supporters if they purchase pre-match!
Tickets can be bought in person at the ticket office or online - please click HERE.
Supporters can find out more information about home match tickets for this season by clicking HERE.
Kit Colours
Bradford City - claret and amber/claret/claret
Blackpool - white and tangerine/white/white 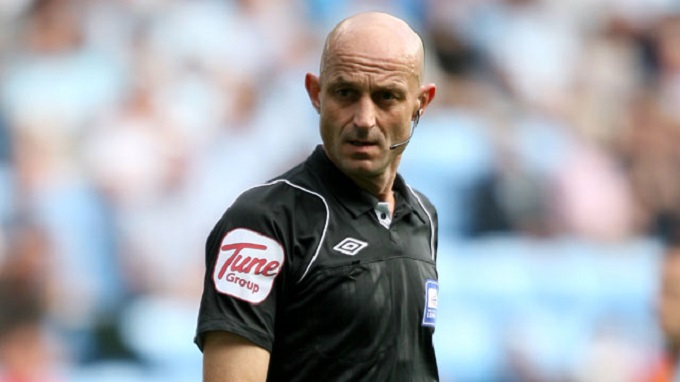 The Wiltshire-based official will be taking charge of City's opening day fixture.

McCall's side are currently priced at 4/7 to defeat Blackpool at the Northern Commercials Stadium.

New striker Shay McCartan is also available at 6/1 to opening the scoring, while Alex Jones can be backed at 7/4 to score at anytime during the game.

Coverage
For those unable to get to the Northern Commercials Stadium on Saturday, City supporters can follow live updates from the Blackpool game via the club's official Facebook and Twitter pages.

Post-match interviews from McCall and his players, plus extended match highlights over the coming days, is also available via iFollow.