Bantams boss Stuart McCall was left frustrated after his City side came out on the wrong side of a tight encounter with Blackburn Rovers at the Northern Commercials Stadium.

In a game of few clear-cut chances, Rovers won 1-0 thanks to a deflected header from Dominic Samuel at the start of the second period.

The game was City's first home league loss since March 2016, and the Bantams' maiden defeat of the 17/18 League 1 campaign after two earlier victories.

Reflecting on the hard-fought encounter, McCall felt City didn't quite do enough to warrant a victory but, equally, it was harsh for them to be on the losing side.

McCall said: "We are disappointed to lose the game. We didn't have enough about us to win but I don't think we deserved to lose it.

"The goal almost sums up our day really. The lad (Samuel) hasn't really headed it properly and it has hit Tom Field and deflected past (Colin) Doyley.

"It was certainly a cruel goal to lose.

"It was a hard day for us. I don't think there was much between the teams, but we are disappointed we've not created enough scoring opportunities.

"Not making excuses though, but you only have to look at the experience and know-how in their team to realise it was going to be a challenging game.

"We know we are a work in progress, but we will have to work on that right formula going forward.

"When teams sit-back and are organised, we need to find ways to pull players out of position and find those pockets of space.

"We'll have another important week on the training ground next week working with the players." 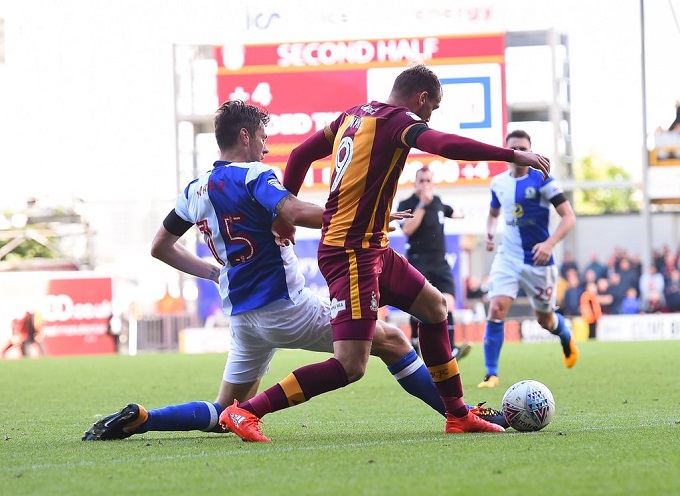 Arguably the biggest positive of the day came twenty minutes from the end when influential striker Charlie Wyke made his first appearance of the season off the bench after a period out with a hamstring injury.

McCall added: "When Charlie came on, his physical attributes gave us a greater presence in attack, and he lifted the crowd as well.

"He pushes us forward, gets us up the field and helps us put more pressure on their defence.

"Having Charlie back is a clear boost because we now have a target-man who can lead the line.

"His game is clearly different to that of Omari, (Alex) Jonesey, Shay or Dom, so he will give us a different option in attack now.

"Having him back will also help those other strikers we've just mentioned, they can play off him and in and around him.

"We don't want to put pressure on Charlie to score all the goals and do all the work for us up front, it is just his type of player is something we have been missing."