City's official match-day magazine 'The Parader' is back for this Saturday's Sky Bet League One encounter with Blackburn Rovers at the Northern Commercials Stadium.

Priced at only £3.00, the programme will be on sale in and around the ground in the run-up to kick off (3:00pm) on Saturday afternoon.

The Blackburn edition of The Parader features an in-depth interview with Kilgallon, while the City central defender also answers a selection of fans' questions.

There is even a pull-out poster of the Bantams' number five featured in the middle!

In-form striker Dominic Poleon talks about his fellow Bantams in the 'TeamMates' section.

Fellow forward Omari Patrick describes some of his favourite things in 'QuickFire Ten'.

At the other end of the pitch, shot-stopper Colin Doyle picks the five defining moments of his career so far.

On top of all that, Nicky Law picks his 'Dream Team' from the players he's played alongside in his career so far, and there's a chat with Jordan Gibson following his official arrival at the club this week.

All this and much more will be available for supporters to enjoy in the build-up to Saturday's mouth-watering Blackburn fixture.

As well as buying their programme at the ground, City fans can also purchase The Parader online. 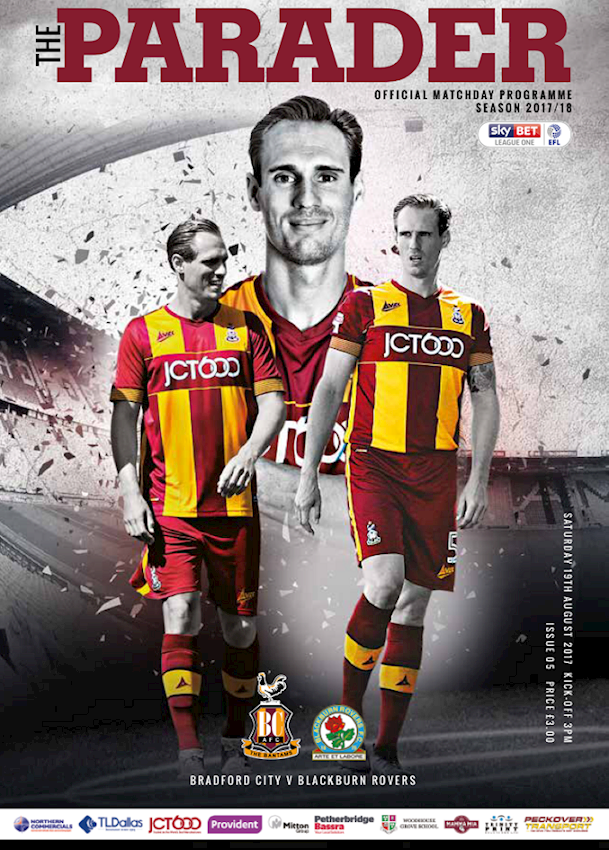