The first full edition of City's match-day magazine is back for another season on Saturday, as Stuart McCall's men entertain Blackpool at the Northern Commercials Stadium.

Cover-star Jake Reeves features heavily in the Blackpool programme, with 'The Parader' including an in-depth interview with the all-action midfielder.

Reeves also answers a selection of the fans' questions sent in via social media in #AskReeves.

On top of that, there's even a special pull-out poster of City's number four.

Always ready with a laugh and a joke, Tony McMahon talks us through some of the best (and worst!) bits of his fellow Bantams in the TeamMates section.

New left back Adam Chicksen dicusses the five favourite highlights of his career so far in Defining Moments.

There's also look at three new members of City's coaching set-up, plus images from the two home friendlies against Sunderland and Newcastle United.

If that wasn't enough, among other things, there is a review of some of the players to play for both clubs and what has happened to the club in the past on this week.

The Parader will be on sale in and around the Northern Commercials Stadium on match-day Saturday for only £3.00.

Now produced in association with Curtis Sport, The Parader can also be purchased online by supporters via HERE. 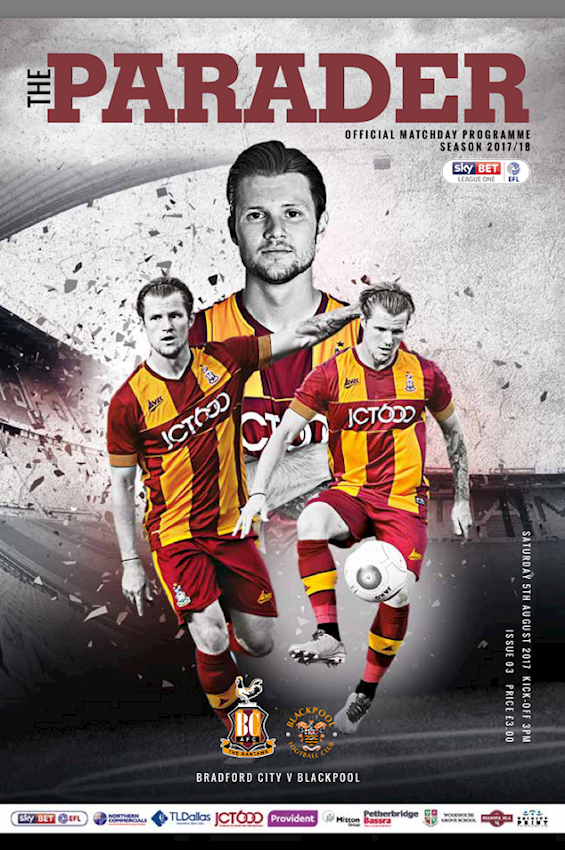