McCall's men will be aiming to continue their impressive away form so far this season when they make the trip south to Wimbledon's Cherry Red Records Stadium.

City have won eight times out of eleven on the road in the league, including their last four away games on the trot at Portsmouth, Wigan Athletic, Shrewsbury Town and Southend United.

Perhaps unsurprisingly, this record is the best at the moment out of any team in League One this campaign.

Opponents AFC Wimbledon currently find themselves in the relegation zone after losing out at home to Wigan last time out.

The promotion-chasing Latics ended up winning by a 4-0 scoreline but the game was goalless up until nearly the hour mark, with the Dons also conceding three out of the four Wigan goals when they were down to ten men.

This Saturday's encounter with AFC Wimbledon will be City's twenty-third of the league season - the official halfway point of their League One campaign.

City have actually lost twice as many games as they did at the same stage of last season, but they have also won four more matches as well.

All this means that McCall's side currently have five points more this time around than they did on the eve of Christmas last year.

AFC Wimbledon
The Dons will be without Harry Forrester through suspension after the attacker was sent off during last weekend's loss against Wigan.

Paul Robinson is a doubt for this weekend due to a back strain, but Kwesi Appiah, Anthony Hartigan and Callum Kennedy all featured for the Dons' development squad during the week after injury.

Bradford City
The Bantams will need to check on the fitness of Nathaniel Knight-Percival after the defender suffered a hamstring injury at Southend United last weekend.

Unfortunately for City, McCall has confirmed that a couple of other knocks and niggles were picked up in the same Southend game.

All this means that Knight-Percival isn't likely to be the only player in need of a pre-match fitness check-up ahead of the Wimbledon match.

Tom Field is back in City's squad after being hampered by a knee injury in recent weeks.

Ticket Details
Admission prices and other details confirmed for this Saturday's game - HERE.

Away Fans' Guide
Some relevant match-day information for those fans making the journey to the Cherry Red Records Stadium - HERE.

Head-to-Head
A look at the two sides' recent records ahead of this Saturday's encounter - HERE.

Five Things
Take a look at five possible talking points ahead of this Saturday's match - HERE.

Match Officials
The full confirmed list of officials for this Saturday's game - HERE.

Stuart McCall's pre-match comments ahead of the trip to AFC Wimbledon - HERE.

Kit colours
City will wear the following white and claret kit combination (as shown below) at AFC Wimbledon. 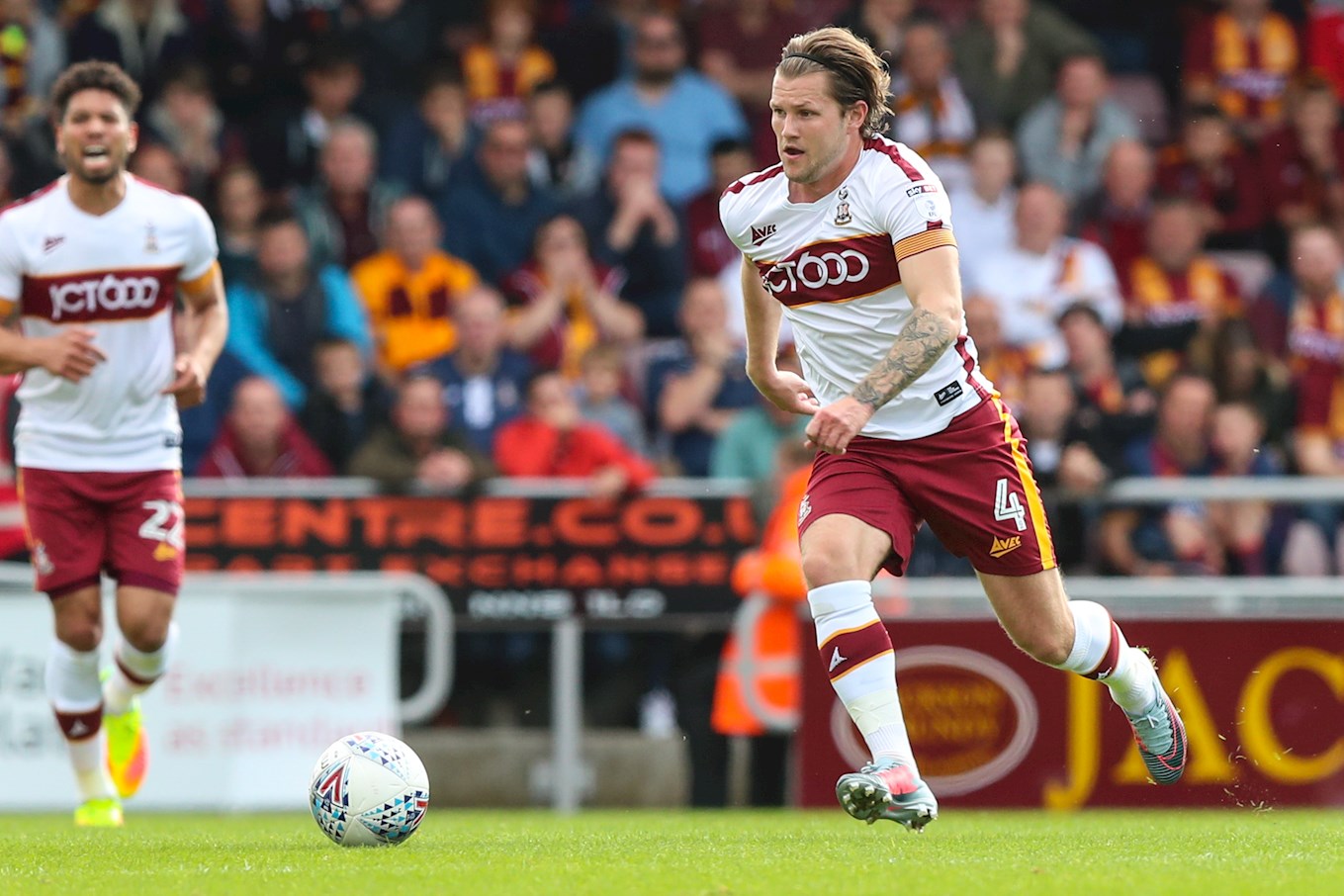 Stuart McCall's side are currently priced at 11/8 to defeat Wimbledon at the Cherry Red Records Stadium.

Charlie Wyke is available at 7/2 to opening the scoring, while Tyrell Robinson can be backed at 11/2 to score at anytime during the game.

Coverage
For those unable to get to the Cherry Red Records Stadium on Saturday, City supporters can follow live updates from the AFC Wimbledon game via the club's official Facebook and Twitter pages.

Full audio match commentary of the Wimbledon match can be found via iFollow Bantams. Keep up to date with BBC Radio Leeds' Tim Steere for match action and reaction from the game.