Stuart McCall's Bantams travel to Southend United this Saturday for their latest fixture in Sky Bet League One.

City head to Roots Hall with an impressive away record under their belt so far this season, but hosts Southend boast the final unbeaten home record left in League One.

The Shrimpers have won five and drawn five of their ten home league matches during the first half of the 2017/2018 campaign.

Despite their commendable home record though, Southend will be looking for a response against the Bantams after a below par performance at Bristol Rovers last weekend.

While City were beating Rochdale 4-3 in a thrilling encounter at the Northern Commercials Stadium, Phil Brown's Southend - currently positioned twelfth in the table - were being defeated 3-0 by Bristol Rovers in a one-sided contest at the Memorial Stadium.

The Bantams' success over Rochdale was their third victory in their last four league matches - a run that has also seen McCall's men pick up wins at top two, Wigan Athletic and Shrewsbury Town.

Southend United
Shrimpers defender Ben Coker could be in line for his first appearance of the season after suffering a broken leg in pre-season.

The left back has now returned to training for Southend, and Shrimpers boss Brown has hinted that the 27 year-old might be thrown into the mix for the visit of City.

With Brown clearly unimpressed by his side's showing at Bristol Rovers last weekend, a recall for Coker might not be the only change made by Southend this Saturday.

Michael Timlin is likely to be in contention for a starting place after Brown admitted post-match at Bristol Rovers that he'd made a mistake leaving him out of the team.

Former Newcastle United striker Nile Ranger is another option for Brown after starting the Bristol Rovers game on the bench.

With Stephen McLaughlin doubtful due to a bruised pelvis picked up at Bristol Rovers, Jermaine McGlashan - his replacement in the game - could also be given a starting berth.

Harry Kyprianou is closing in on a return to action after a thigh problem, but former Bantams loanee Rob Kiernan is still sidelined with a knee injury.

Bradford City
Midfield duo Jake Reeves and Timothee Dieng are back in the squad for City after a period on the sidelines.

Reeves missed last weekend's win over Rochdale after tweaking his groin, while Dieng had been sidelined for over month due to a hamstring problem.

With Tyrell Robinson and Paul Taylor impressing in more than one position during the Rochdale victory, Dominic Poleon netting on his recall, plus Reeves and Dieng's return to the squad, McCall is expected to have some pleasing selection dilemmas on his hands ahead of the trip to Roots Hall.

Jordan Gibson is likely to be out for the weekend, though, after picking up a groin problem during the week.

Away Fans' Guide
Some relevant match-day information for supporters making the trip down to Roots Hall this Saturday - HERE.

Five Things
A look at five possible talking points ahead of this weekend - HERE.

Match Officials
A look at the confirmed list of this Saturday's match officials - HERE.

Kit Colours
The Bantams will wear their white and claret away kit combination at Roots Hall on Saturday. 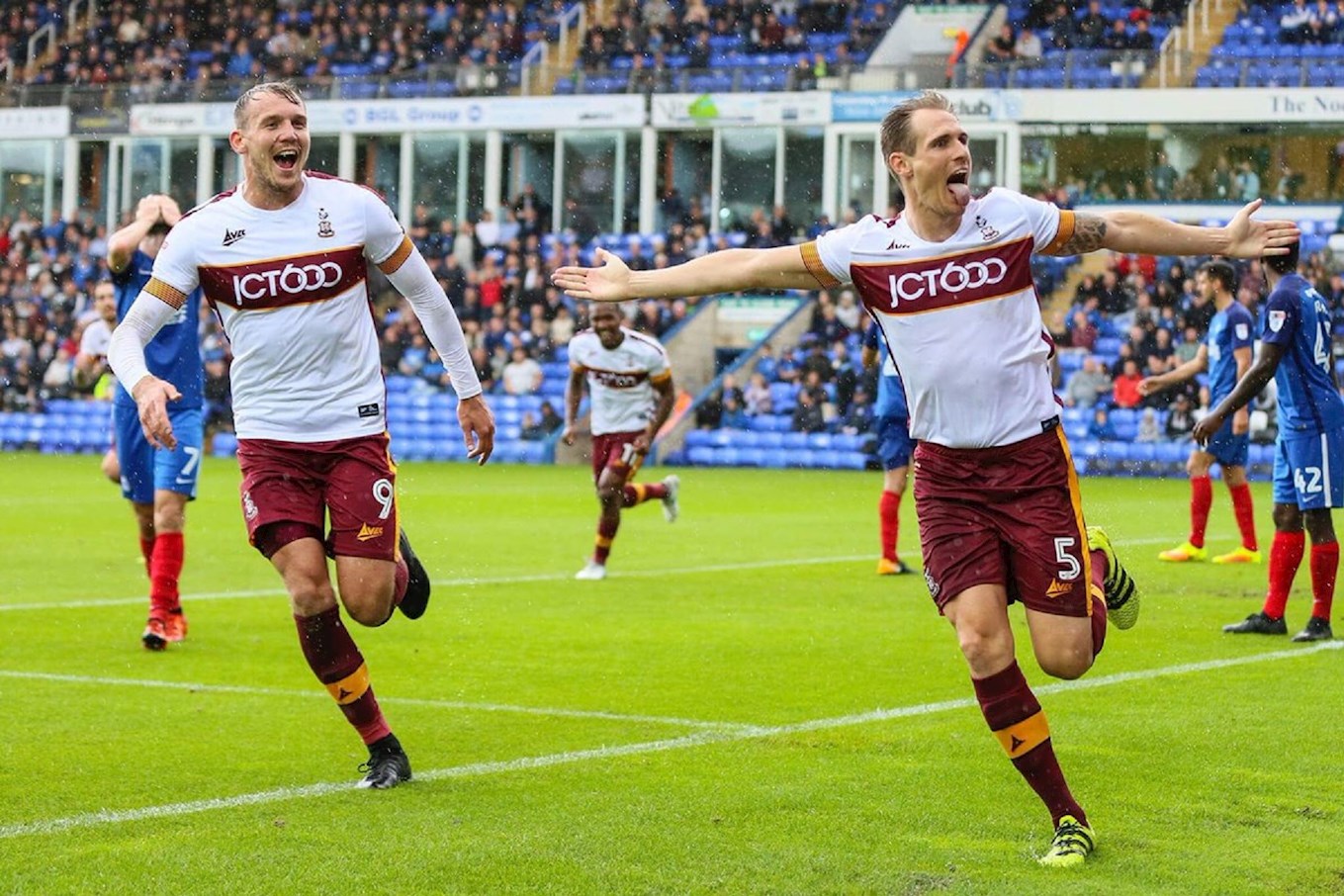 Stuart McCall's side are currently priced at 7/4 to defeat Southend at Roots Hall.

The Bantams are also priced at 8/1 to beat the Shrimpers by a 1-0 scoreline.

Charlie Wyke is available at 4/1 to opening the scoring, while Tyrell Robinson can be backed at 9/2 to score at anytime during the game.

Coverage
For those unable to get to Roots Hall on Saturday, City supporters can follow live updates from the Southend game via the club's official Facebook and Twitter pages.

Full audio match commentary of the Southend match can be found via iFollow Bantams. Keep up to date with BBC Radio Leeds' Tim Steere for match action and reaction from the game.