Stuart McCall's playing squad, along with Billy Bantam, were on hand to visit youngsters on the children's wards at the local hospital.

As well as posing for pictures and chatting to patients and their parents, the Bantams gave out toys, chocolates and other bits of memorabilia just a few days before Christmas.

The £28million structure, which was officially opened by Princess Anne back in June, now houses the two spacious children's wards at the hospital.

Staff on the ward, including paediatric consultant Dr Simon Frazer, gave City's players a tour of the facilities, as well as introducing them to the patients and their families.

The club would like to thank Dom Burch, his daugther Orlagh and the volunteers at BCB Radio for their kind contribution to the bundle of presents given out to youngsters during Tuesday's hospital visit. 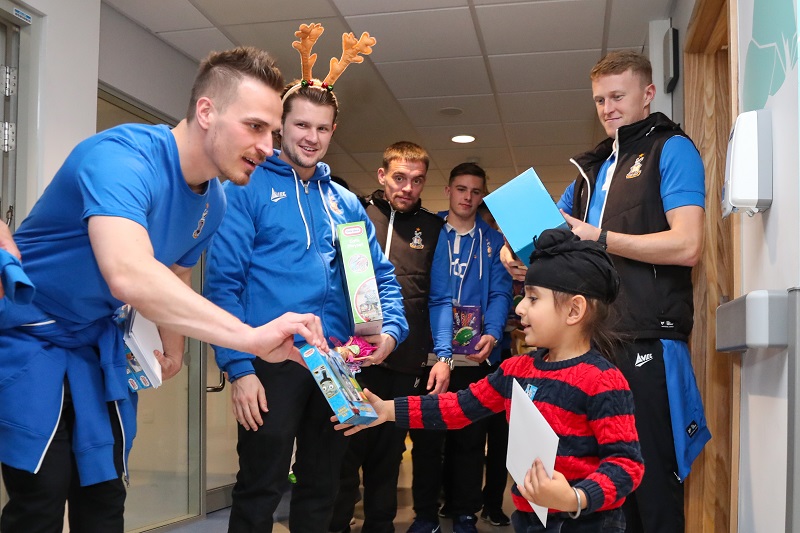