Bantams boss Stuart McCall believes Dominic Poleon's goal in Saturday's thrilling 4-3 victory over Rochdale will do the striker the world of good.

Poleon netted City's third goal during a frentic ending to the first period, the forward finishing neatly from Alex Gilliead's near post cross.

The goal came about after Poleon was recalled into the starting XI for his first league start in nearly two months.

McCall said: "It was a really good finish and that should give his confidence a boost.

"Whenever Dom is on the pitch, he seems to gets opportunities. That’s how he is.

“Look back to the Plymouth game in the FA Cup, their boy made a great tackle on the line from him or he would have scored then.

"He's also made the run in the first half to be put through by Charlie (Wyke).

"Tayls (Paul Taylor) has done brilliantly recently with Charlie but he likes to drop deep into those pockets of space.

"We wanted to play two right up top against them on Saturday. We wanted to use Dom's power and pace in attack.

“What he does do, he always seems to get chances."

Along Poleon, team-mate Rouven Sattelmaier is likely to have received a shot in the arm as well at the weekend after making a crucial penalty save to deny Rochdale's Ian Henderson in the first period. 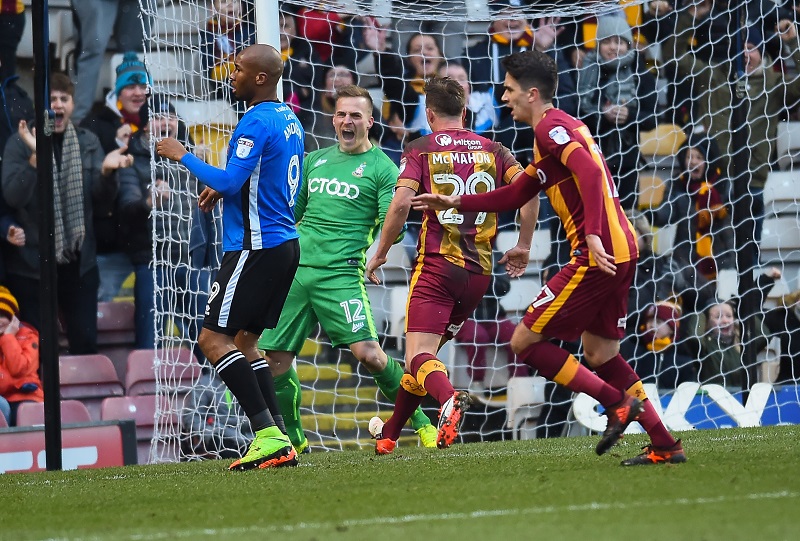 McCall added: "It was a fantastic save from Rouven.

"He will feel really good about the save because it has contributed to the victory."