We are delighted to confirm three additions to the exisiting senior coaching staff ahead of the 2017/18 season.

Pictured above (from left to right, are Michael Collins, Sam Collins and Martin Drury).

Michael, who has featured for the likes of Huddersfield Town, Scunthorpe United and Oxford United as a player, will take the role of Under-18s lead coach with Martin Drury as his assistant; the pair, who are both 31 years old, take over from Steve Thornber and Lee Elam who departed the football club at the end of last season.

Sam takes up the role of Professional Development Coach, and he will be working closely with Stuart McCall and Kenny Black in helping to bring forward the younger professionals within the first team squad. Formerly the caretaker manager at Hartlepool United, the 40 year-old adds a wealth of coaching experience to the staff.

The latter, a former central defender who featured prominently for the likes of Bury, Port Vale and Hartlepool United as a player, is especially keen to work alongside the existing senior management/coaching team.

'I played for pretty much 20 years really. I started at Huddersfield Town as an apprentice and then by the time I'd finished playing I was going on 38. I had a long playing career and played going on 600 games in the end, so I've got a lot of experience playing under different managers, and different coaches.'

'When I was in my early thirties, I started getting into coaching and initially did a lot of work in grassroots football. I did some work with the Under-15s and Under-16s at Hull City when I played there, and then when I left to go to Hartlepool United, I was there for nearly ten years and kept doing the same thing there. I was coaching part-time and doing it in my spare time on a night and on a weekend.'

'Towards the end of my career as a player, I went down the route of becoming a player coach and built my way up from there, taking the reserves, being a first team coach, assistant manager and I think I was caretaker manager four times whilst I was with the club. Coaching the players under the age of 23 is something I enjoyed doing during my last two years up there and it's what I'll be doing here, so I'm looking forward to it.'

'With the size of the club up at Hartlepool, one of the things you find when you're there, is that in a lot of ways, you're not just a coach. You're not at a club where you've got endless amounts of staff, so to a certain degree you kind of learn to deal with everything. It's been a good experience learning how to deal with different situations and the most important thing in my position is the coaching side of things, having a style and understanding how to deal with young players.'

'One of the big things for me as well as doing the role I'm doing is being able to learn off the gaffer and Kenny. They've both got a lot more experience than myself in terms of coaching and management, and in the last two weeks I've been with them, I've already learned a lot of things. I'm sure as time goes on, that will continue and that is something I'm looking forward to; being around them and learning.' 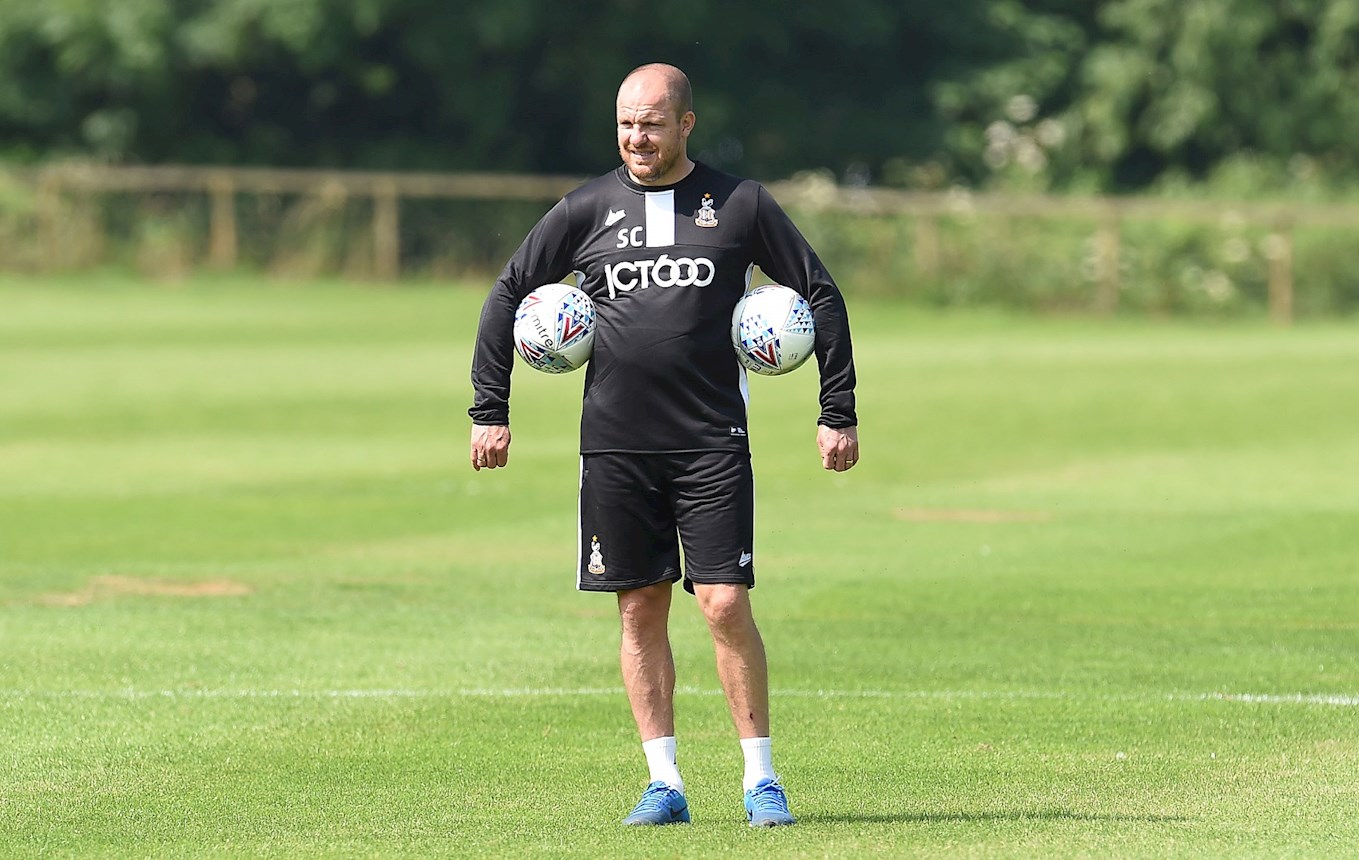 Michael, who actually played 31 times in Sky Bet League Two last season for Leyton Orient, called time on his playing career to move into coaching here at Bradford City. The Halifax born former midfielder believes the decision to turn down the chance to keep playing, in order to get his coaching career underway was a good one.

'I started my career at Huddersfield Town and I had a long period there, from the age of 10 to 24. I then moved on to Scunthorpe United and had a four year spell there where I was proud to be made captain. From there I moved on to Oxford United, had a year there, and then had a spell playing in India.'

'I came back and then finished up playing last season at Leyton Orient, so I've had a decent playing career, but I just felt like now was the right time to move across into coaching.'

'I got a contract offer to stay at Leyton Orient for next season and one or two other things cropped up for me to continue playing, but I've always known from a young age that I wanted to move across into coaching and eventually management and it didn't frighten me if that was going to be at a young age.'

'I knew that when the right opportunity came up I'd take it, regardless of what was happening in my playing career and that is what has happened. I thoroughly enjoyed playing, but even when I was a player I was always fascinated with tactics and how the game works, so as soon as the opportunity came up, I felt like I was ready and I made the call.'

'It's a big call, I know that. A lot of people have told me that I should have kept playing, but I've got of a little bit of a different mentality and I felt like I was ready and just wanted to get stuck into coaching.' 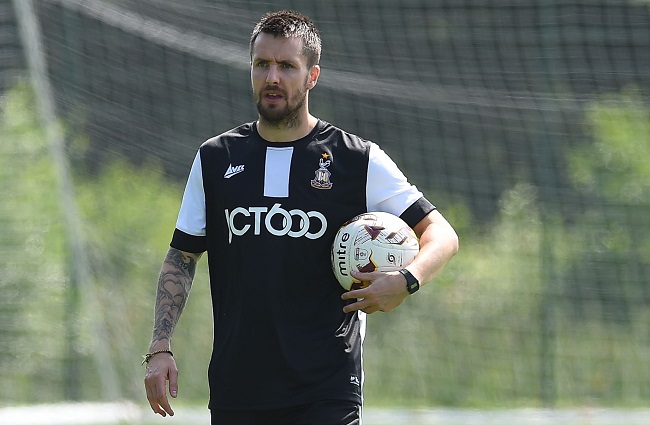 Michael's right-hand man Martin Drury has actually been in a coaching role at Bradford City for the past year and-a-half or so, and he says he's pleased to have been given the opportunity to step up into a full-time role.

'From leaving school right up until the age of 28, I was involved in playing both professionally and semi-professionally. I was a youngster at Doncaster Rovers and Sheffield Wednesday as a professional .'

'During my time as a player, I've had a few operations and that forced to me to retire early and I finished playing at about 27 or 28 years old. The last two or three years, I've spent coaching and I've been at Bradford City now for about 18 months.'

'Last season I was was the LDP (Lead Development Phase) coach on a part-time basis and I thoroughly enjoyed it. I was then approached at the end of last season by the academy manager and the chairman and they offered to bring me on board full-time and work in the professional development phase with the Under-18s on a day to day basis.'

'My role also means that I have to make sure that the transition for the Under-15s and Under-16s into the Under-18s is right, so that they can go comfortably from part-time to full-time. I'm thoroughly enjoying it and I'm happy to be on board.' 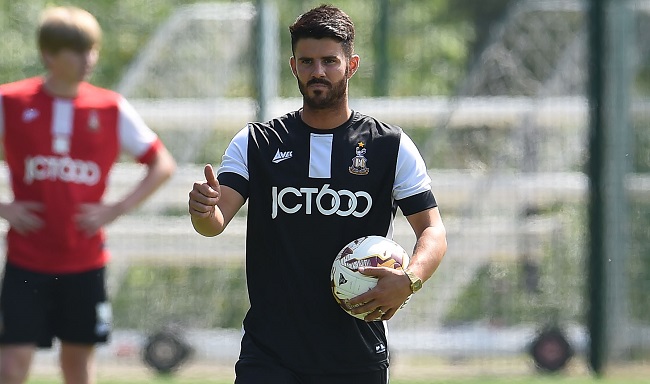