Bantams boss Stuart McCall feels there is plenty of room for improvement within his squad, despite City finishing off their pre-season programme with a 3-0 win at FC Halifax Town.

Goals from substitutes Omari Patrick and Ellis Hudson (2) proved enough to claim an ultimately comfortable success for McCall's men in the behind-closed-doors fixture this Saturday.

Although the eventual scoreline will have been a pleasing one to McCall and his coaching staff, City weren't at their very best for periods at a near-empty MBi Shay Stadium, especially in a low-key first half.

McCall says there will be lots of work undertaken on the training ground next week to get more from his Bantams, and he is confident City will be ready for the season opener against Blackpool next week.

McCall said: "I think the score flattered us a bit.

"To be honest, it was an average performance from us.

"It is nice to win your last game before the season starts but we know there is still a lot of hard work to be done.

"It feels a bit similar to last season when we played Carlisle United at home in our final pre-season game.

"We didn't play the greatest there but we then enjoyed a good week on the training ground, and we've going to have to do that again this coming week.

"Some of the lads are still a little bit rusty but they will sharpen up.

"We know we need to get better in certain areas, and we will.

"We will have to be better against Blackpool next Saturday than we were today (Saturday), and we will be working as hard as possible to make that happen.

"I thought Omari (Patrick) and Ellis (Hudson) came on and made an impact.

"Omari has certainly been one of the bright lights of pre-season really.

"He (Ellis) could have actually had a hat-trick, he's hit one just wide past the post and then nearly knocked one past the 'keeper.

"That is what we ask of the players when they come on, to try and make an impression.

"That was certainly the case with Omari, Ellis, and Killa (Matthew Kilgallon) at the back." 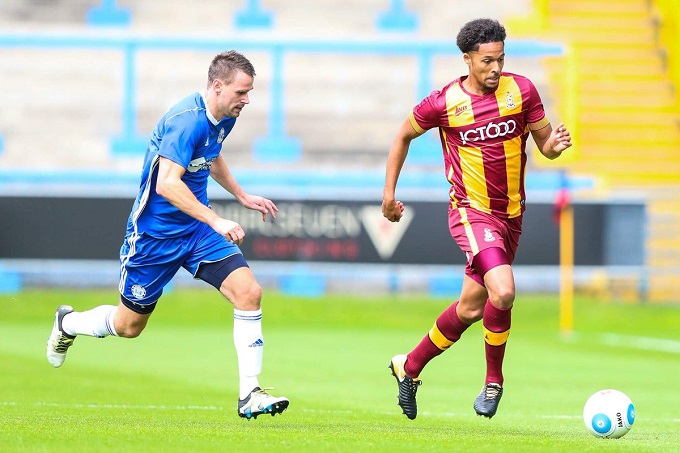 Timothee Dieng was given the first 45 minutes in the friendly after missing the last two weeks with a calf injury.

McCall confirmed: "He came through unscathed.

"He is one of the players that we will be looking to give some game-time to on Tuesday in our development squad friendly at York City.

"We were pleased to see him get the first half this afternoon, and now he can look to get some more minutes on Tuesday."