The Bantams have secured their first signing of the summer with the capture of attacking left back Adam Chicksen.

The 25 year-old has penned a two-year contract at the Northern Commercials Stadium this Monday afternoon, as City make their first move in this summer's transfer window.

Chicksen will officially become a Bradford player on 1 July 2017.

The defender, who can also feature from right back, spent last season in Sky Bet League One with Charlton Athletic.

Chicksen twice featured against the Bantams during the 2016/17 campaign, playing his part in two strong Charlton performances.

The full back has also played against the Bantams in League One during spells with Gillingham and Fleetwood Town.

Speaking after completing his move to the Northern Commercials Stadium, Chicksen said: "I've played at Bradford a few times now and I always remember that you get a shiver down your spine because of the atmosphere and the crowd.

"Bradford away was one of those games you looked out forward on the fixture list - you don't get feeling with a lot of other clubs.

"When you are playing at Bradford and the crowd is jumping, you know it is a tough place for an opposition player.

"It is exciting now to be on the other side of that and have the fans on my side this time around.

"This is a special place to play your football and I'm delighted to be a part of it now."

City's Head of Recruitment Greg Abbott added: "We've looked at Adam's qualities, he's got two great feet, although he comes in predominately as a left back.

"He gets up and down the pitch well, showing a lot of energy.

"We believe Stuart (McCall) will do what he did with a lot of players last season and get the best out of Adam.

"You only have to look at the form of the likes of James Meredith, Mark Marshall and Rory McArdle to see how Stuart can get the best out of players.

"We feel Adam has the ability to be a top player and Stuart is the sort of manager to help him get there.

"Adam got a great move to Brighton & Hove Albion in the Championship while he was at Milton Keynes Dons - that shows the ability he has.

"He can defend and stop crosses into his own box, but he also has the drive and pace to get forward and put the ball into the opposition box as well.

"Mezza (James Meredith) was a great success for us. He came to us from National League level, improved and progressed with the club, and left as probably one of the best left backs in League One.

"Under Stuart's guidance, we feel Adam can make progress as well.

"If Adam shows everything we know he's got, he'll become a favourite with the fans." 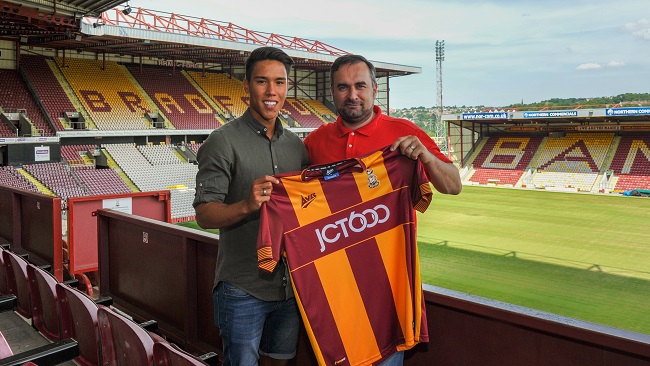 Chicksen would go on to make 78 appearances for MK Dons, with his impressive form earning him a move to the Championship in 2013 with Brighton & Hove Albion.

Having missed the first half of the 2013/14 campaign due to injury, Chicksen went on to feature in the Championship Play-Offs for the Seagulls.

During his time at Brighton, Chicksen went on loan to Gillingham and Fleetwood Town in the 2014/15 season.

While at Fleetwood, Chicksen helped the Cod Army to a top half finish in their first season at League One level.

Chicksen also spent a spell back on loan at Gillingham the following year, as the promotion-chasing Gills tried to claim a play-off spot.