This Saturday's encounter will be City's first in the league since the end of last month when McCall's men ground out a hard-fought victory away at Portsmouth.

The result kept the Bantams third in the League One table going into the fourth month of the campaign.

Opponents Plymouth will arrive at Valley Parade currently bottom of the division, although they have been in encouraging form of late.

Plymouth are unbeaten in their last four league games - a run which has seen them earn 1-1 draws with Blackburn Rovers and league leaders Shrewsbury Town.

The Pilgrims are also proving difficult to break down at present, with Derek Adams' side only conceding three goals during their four-game unbeaten league run.

Bradford City
The Bantams are set to welcome back Tony McMahon for this Saturday's game after the right back missed last weekend's Emirates FA Cup win over Chesterfield due to suspension.

After a period off to rest up a troublesome groin problem, Jake Reeves is also likely to come back into contention for a starting berth on Saturday.

Dominic Poleon, who had been sidelined recently with a hamstring problem, proved his fitness in midweek after collecting just over seventy minutes under his belt in the Checkatrade Trophy group match with Rotherham United.

Rouven Sattelmaier also put himself back in the mix by playing the full game against Rotherham on Tuesday night.

The match was the German shot-stopper's first competitive action since he injured his hamstring in late August.

Timothee Dieng is a doubt for this weekend, however, after picking up his own hamstring problem towards the end of the Rotherham match.

Adam Chicksen remains on the sidelines with a thigh injury.

Plymouth Argyle
The Pilgrims will have to do without influential talisman Graham Carey on Saturday because of a one-match ban.

Carey, who has either scored or set-up each of Plymouth's last five league goals, collected his fifth booking of the season during their FA Cup with over Grimsby Town last Saturday.

The talented playmaker - recently voted League One's Player of the Month for October - actually popped up with the winning strike in the Grimsby tie as well for his fourth goal of the season.

On-loan Norwich City goalkeeper Remi Matthews is set to stay between the sticks for Plymouth on Saturday.

Matthews, who moved to Home Park on an emergency loan last month, is the fifth goalkeeper to play in a competitve match for Plymouth this season due to injuries.

Tickets
Make sure you grab your adult match tickets at the pre-match rate! Further details HERE.

Head-to-Head
A look at the two sides' recent records ahead of Saturday's match - HERE.

The Parader
Make sure you grab your copy of 'The Parader' ahead of Saturday's match! Further details HERE. 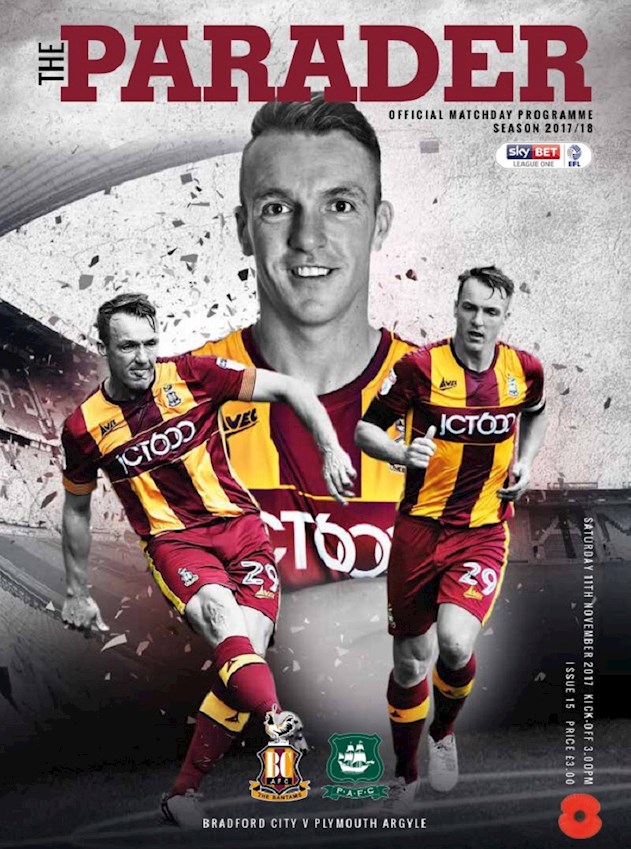 Win The Shirt Off My Back
City's match-day prize raffle is back for this Saturday. Further details HERE. 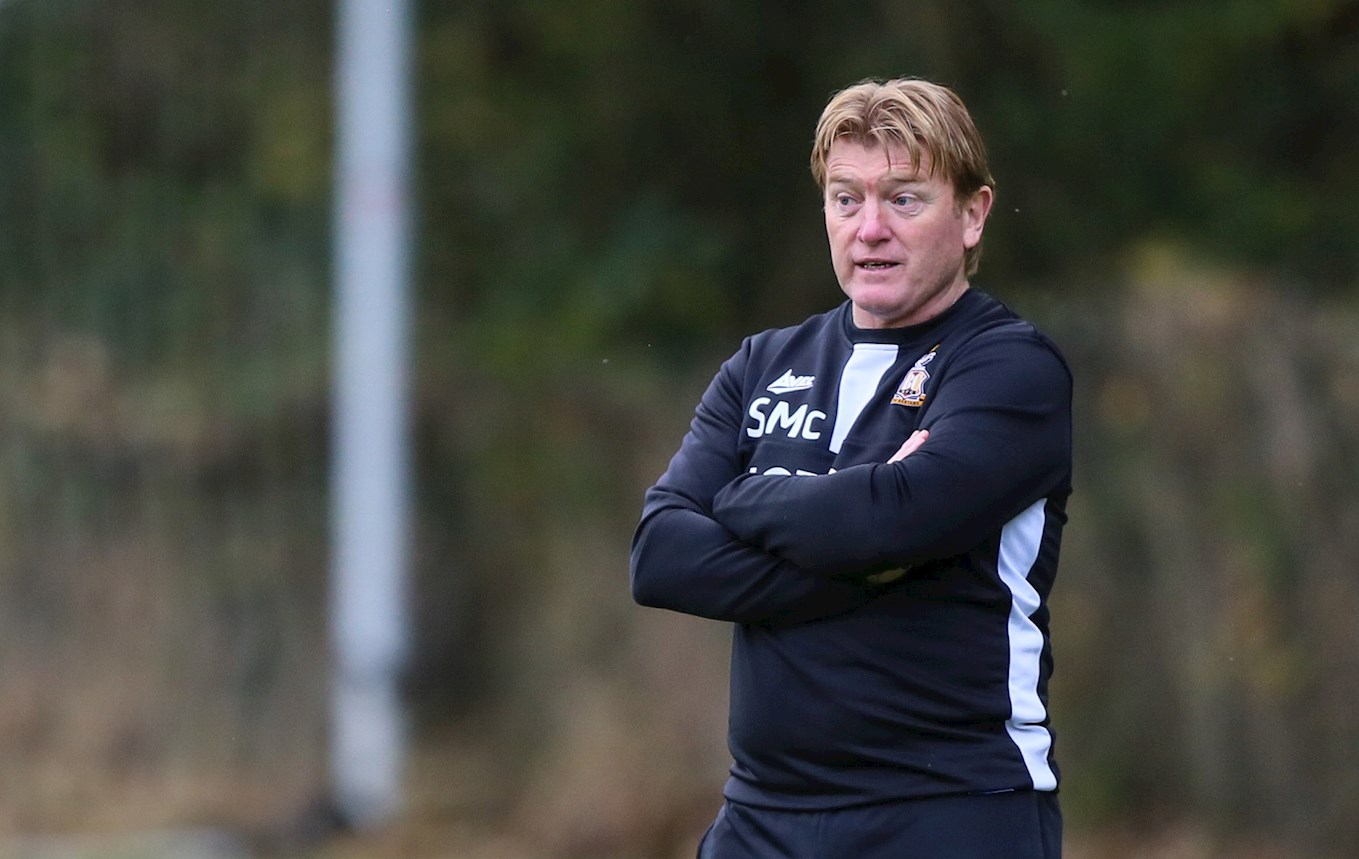 Remembrance Weekend
With Armistice Day and Remembrance Sunday set for this weekend, the Club would like to respectfully remind supporters that there will be a minute's silence ahead of kick off on Saturday. Stuart McCall's Bantams will also wear Remembrance Poppies on their match-shirts against Plymouth.

Stuart McCall's side are currently priced at 8/13 to defeat Plymouth at the Northern Commercials Stadium.

The Bantams are also priced at 13/2 to beat Plymouth by a 2-0 scoreline.

Alex Jones is available at 9/2 to opening the scoring, while Paul Taylor can be backed at 13/8 to score at anytime during the game.

There is currently 123 separate betting markets open for this game.

Coverage
For those unable to get to Northern Commercials Stadium on Saturday, City supporters can follow live updates from the Plymouth Argyle game via the club's official Facebook and Twitter pages.

Full audio match commentary of the Plymouth match can be found via iFollow Bantams. Keep up to date with BBC Radio Leeds' Tim Steere for match action and reaction from the game.