Substitute Tyrell Robinson's stunning injury time strike claimed an impressive 2-1 victory for City against a Wigan side currently second in the league and tipped by the bookies to finish up as champions.

The Latics had been unbeaten on home soil going into this weekend - keeping six consecutive clean sheets at the DW Stadium in recent weeks - but McCall's men refused to lie down and simply look for a draw.

Despite Wigan's clear ability in attacking areas, City certainly created as many clear scoring chances as their hosts during an entertaining encounter.

McCall felt City were able to show what they were all about during their hard-working performance, and he was pleased to see his side bounce back after the disappointment of last weekend's loss to Plymouth Argyle.

McCall said: "I am very proud of the lads' efforts today (Saturday), and what a fantastic goal to win it for us.

"We came with a strong mindset today, we came with the mindset that we were going to have a go.

"After the disappointment of last weekend (vs Plymouth Argyle), we wanted to respond in the right way and show people how we can play.

"They are a very strong side, especially at home, but we've come and created some good opportunities.

"It would have been easy to have come here and sit back, but we've come and had a go.

"We were obviously pleased to get our noses in front but then disappointed to concede from a set-piece.

"There were some big, big performances from our group though.

"We know we can play like that, we just have to do it week in, week out.

"Today's game has been difficult, Tuesday (vs Scunthorpe United) will be just as hard, and then next Saturday (vs Shrewsbury Town) will be another challenge, but why fear games?

"We want to embrace these challenges." 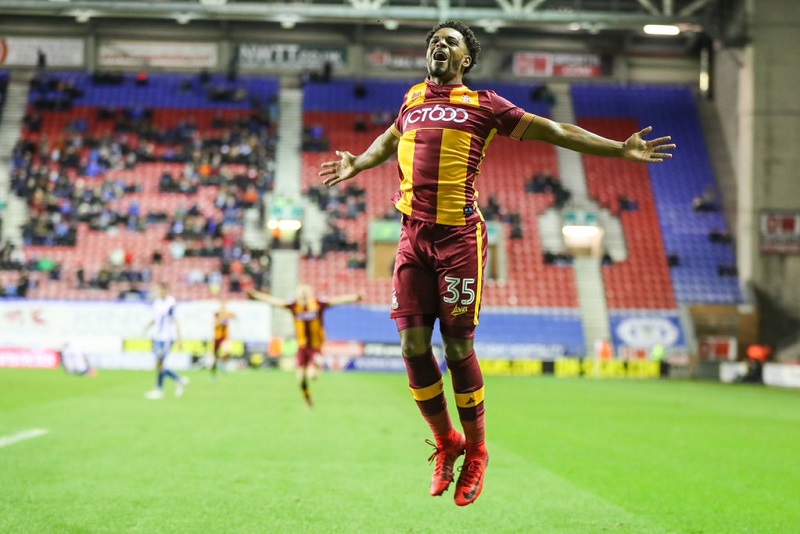 Robinson's tremendous match-winner came less than seven minutes after his introduction into the action at the DW Stadium.

His first senior goal continues an encouraging recent run for the young leftie after his impressive second half showing against Plymouth.

McCall added: "We said at half time that we were attacking towards our own fans (in the second half), so let's give them something to cheer about.

"It is a dream strike, good enough to win any game.

"Tyrell is a great sub to have at the moment. He really is knocking on the door trying to get in that team.

"He will take the headlines tonight, and rightly so. It was some finish."