Bantams boss Stuart McCall says there will be changes to his side for Tuesday's match with Fleetwood Town at the Northern Commercials Stadium.

McCall's men are currently top of the form table in Sky Bet League One, winning four of their last five games, but the City chief is wary of overloading his players towards the end of a busy month.

Tuesday's Fleetwood game is one of seven games for the Bantams in September - a period that has also included long trips to Peterborough, Oxford and Northampton.

McCall said: "There is no doubt that it has been a tough month in terms of the travelling and the amount of games we've played.

"We took a few bumps and bruises on Saturday (vs Northampton).

"We were always looking to freshen things up on Tuesday, but we've got a few who are struggling a bit with injury.

"We initially thought after Saturday they weren't too bad but you have to be careful with muscles soreness and muscle tightness.

"They are nothing major but there will be changes come Tuesday.

"When you play at high intensity as we do, you have to be wary of muscle fatigue and the players' workloads.

"Taking advice from Chris Short (fitness coach) and our physios, plus the results from the GPS system, we have to see who is on the threshold of potentially picking up a muscle injury.

"It is not a case of the players being mentally or physically tired, or them needing a rest, it is more a case of guarding against muscle fatigue." 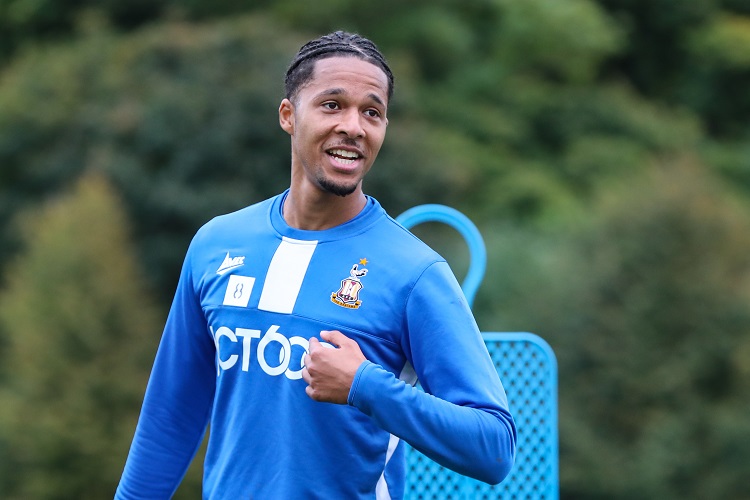 Timothee Dieng is making progress from a calf injury sustained at the end of August.

Dieng won't be available for Tuesday night but McCall says the Frenchman could make a return to training later in the week.

McCall said: "He put some good running in with Shorty today (Monday).

"He is looking in good spirits and keen to get back involved.

"We always thought given the nature of his injury that he would be out for this sort of period of time.

"As long as he doesn't have any negative reaction to his fitness work today and tomorrow (Tuesday), we may look to hopeful join him in with the rest of the group on Thursday.

"I watched him closely today. He worked really hard and looked to come through it well."