Don't forget to pick up your copy of 'The Parader' when Stuart McCall's Bantams return to the Northern Commercials Stadium this Saturday!

City attacker Omari Patrick is your cover-star for the Bristol Rovers edition of the Club's official programme.

Patrick speaks about the start to his life as a Bantam and his new three-year deal.

The 21 year-old forward also answers a selection of fans' questions in #YouAsk.

This Saturday's edition includes an interview with recent loan signing Luke Hendrie as well, plus action from the away matches at Walsall and Chesterfield.

Returning skipper Romain Vincelot picks the best eleven players he has played with in his career so far in My Dream Team.

Alex Jones talks his way through the best (and worst!) bits of the City squad in TeamMates and Callum Gunner features in QuickFire Ten.

All this and much more will be available inside this Saturday's edition of The Parader for only £3.00.

Copies can be purchased in and around the Northern Commercials Stadium on match-day.

City supporters can also buy their copies of the match-day magazine online via our printers Curtis Sport (HERE). 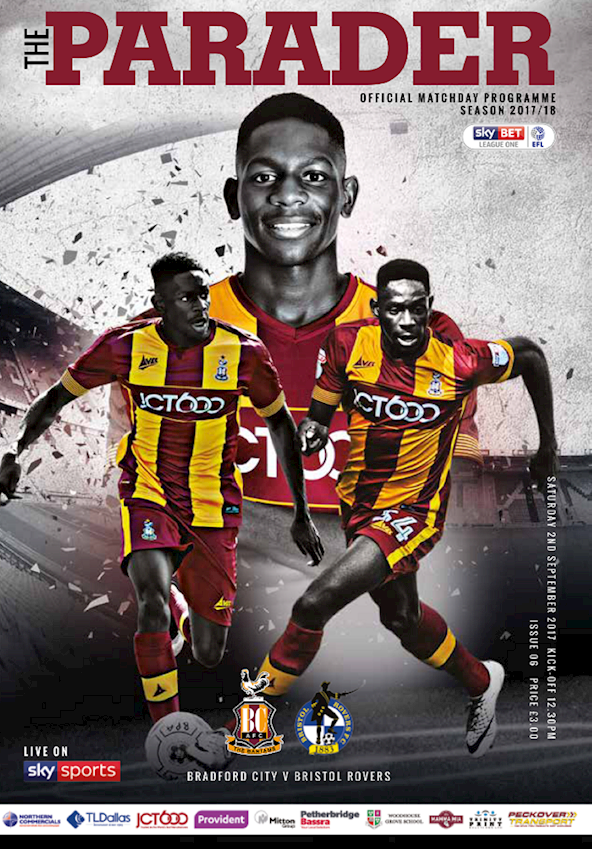