City's match-day magazine 'The Parader' is back once again this Saturday (16 September 2017) for the Yorkshire derby with Rotherham United at the Northern Commercials Stadium.

The Rotherham edition of the official club programme features an interview with the City striker, while Wyke also answers a selection of fans' questions in #YouAsk.

There is even a centre-spread photo of Wyke in the middle for those autograph hunters!

In the latest TeamMates section, Alex Gilliead gives the lowdown on the other members of Stuart McCall's squad.

Recent loan signing Adam Thompson picks the best eleven players he's played with so far in his career in the 'My Dream Team' feature.

City supporters will be able to grab their Rotherham copy of The Parader for only £3.00 in and around the Northern Commercials Stadium before kick off.

Fans can also purchase their programmes online via our printers, Curtis Sport - HERE. 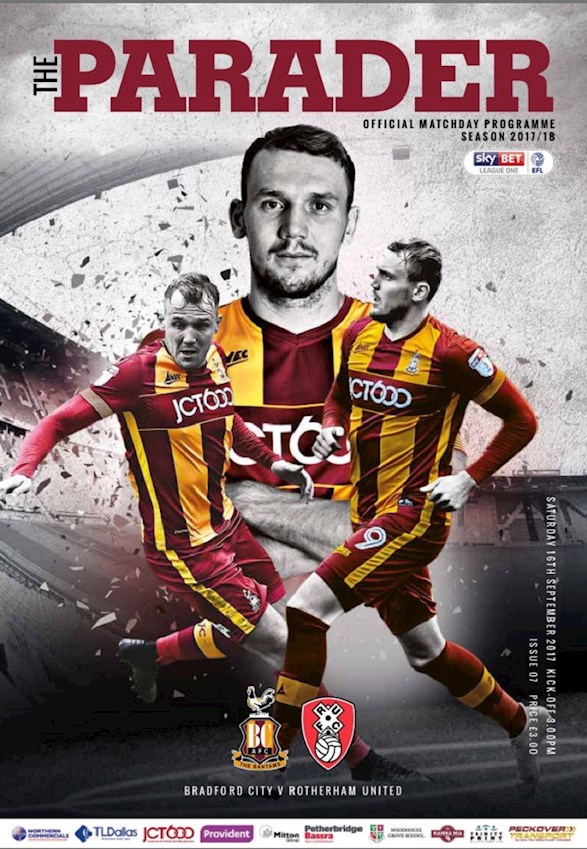