A goal in each half from Simon Grayson's productive Bantams secured a straight-forward victory over Milton Keynes Dons at the Northern Commercials Stadium, stretching City's unbeaten run to four games in the process.

The Bantams then made sure of victory ten minutes from the end when Nathaniel Knight-Percival fired home in the box after Charlie Wyke and Dons 'keeper Wieger Sietsma had tussled for the ball.

City could have made the score-line look even greater minutes later but Wyke saw a header cleared off the line by Dons midfielder Ed Upson. 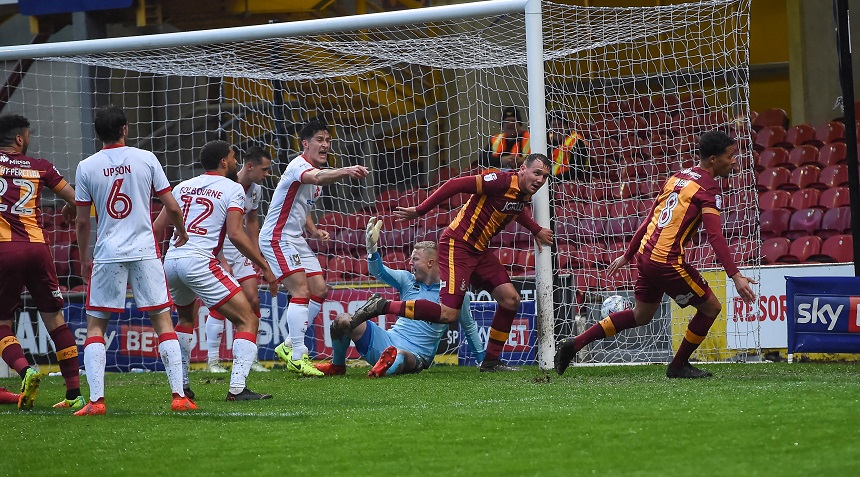 Supporters can review in-match updates and match stats from the MK Dons fixture via our 'Match Centre' - HERE.