Nathaniel Knight-Percival gave City the lead at the break when he converted from close range via a corner routine fourteen minutes in.

Portsmouth equalised just after the hour mark via top scorer Brett Pitman when his strike from distance took a touch off a City defender on its way past Colin Doyle.

Bantams substitute Matthew Lund restored the lead for Grayson's men soon after, however, when he bundled the ball home from inside the box past a rooted Portsmouth 'keeper Luke McGee.

City then made sure of the victory in the fifth minute of injury time when Charlie Wyke fired in from close range after McGee had only parried out Tony McMahon's shot from distance direct from a free-kick.

The only real low-point of the evening for City came roughly ten minutes from the end when Tyrell Robinson was stretchered off with a shoulder injury. 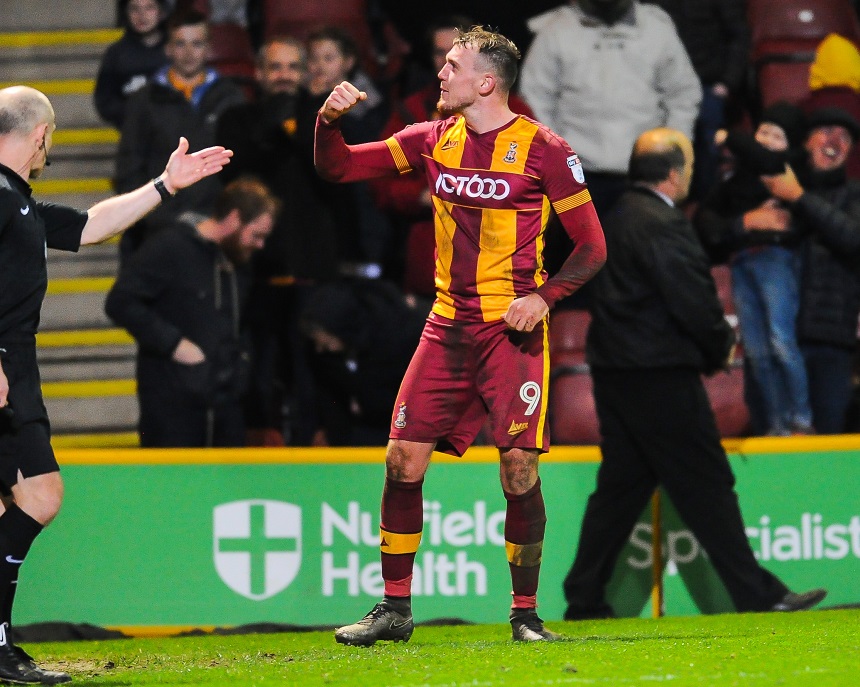 Supporters can read in-match updates and match stats from game via our 'Match Centre' - HERE.