Simon Grayson's battling Bantams bounced back in positive fashion after their disastrous defeat to Blackpool at the weekend by earning a hard-fought goalless draw against promotion-chasing Shrewsbury Town.

Grayson made five changes to his side from the starting XI at Bloomfield Road - including giving striker Kai Bruenker his first start - and the alterations seemed to have the desired effect as City went toe-to-toe with this season's surprise package.

Alex Gilliead and Stephen Warnock forced good saves out of Shrewsbury 'keeper Dean Henderson in the first half.

At the other end, Shrewsbury's best chance of the opening period came via Jon Nolan when the midfielder saw a shot from deep inside the box repelled by the legs of Colin Doyle.

Nolan was then denied again by another smart save from Doyle early after the restart following a flowing move from the visitors.

Soon after, however, Gilliead saw a goal-bound effort kicked clear from right in front of his own goal by an alert Aristote Nsiala. 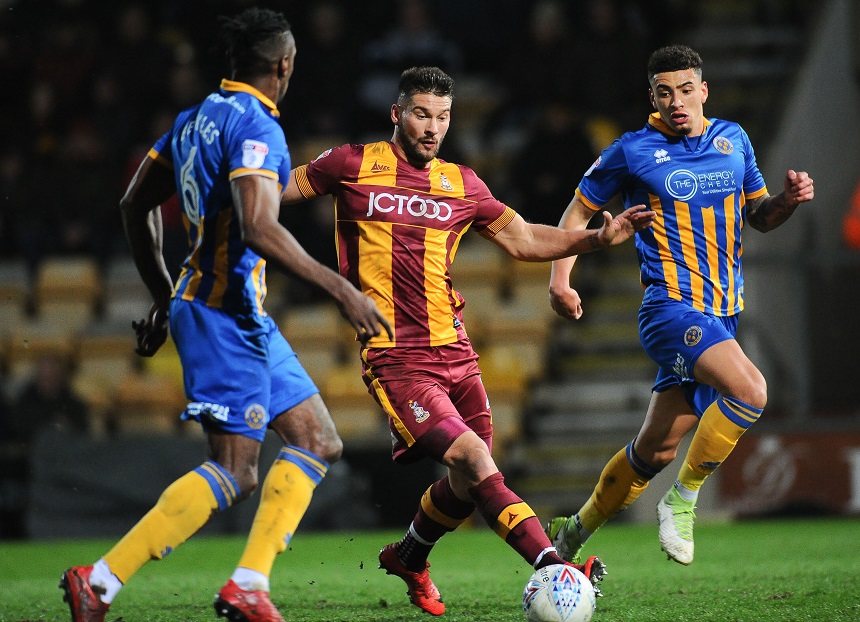 After receiving a caution in the first half, Shrewsbury defender Omar Beckles was given his marching orders for a second bookable offence on the hour mark.

To Shrewsbury's credit, they kept going for the win following Beckles' dismissal.

Despite Shrewsbury's efforts to push for a goal, though, it was arguably City who came the closest to finding a winner late on when Charlie Wyke headed narrowly over from a Tony McMahon cross.

In-match updates and match stats from the Shrewsbury fixture can be found via the Match Centre - HERE.

Match highlights and post-match video interviews can be found on iFollow Bantams - HERE.