The Bantams kicked off the Simon Grayson era in positive fashion by fighting back for a deserved point at fellow promotion contenders Charlton Athletic.

Just two days on from his appointment as the new City boss, Grayson saw Tyrell Robinson earn the Bantams a share of the spoils in his first game in charge thanks to a header ten minutes from the end by the second half substitute.

Robinson's point-earning goal - his third of the season - cancelled out Charlton's headed opener from Josh Magennis midway through the first period.

The Addicks, who made a quick start to the contest, had already seen former Bantam Mark Marshall and Sullay Kaikai denied by smart saves from Colin Doyle ahead of Magennis' goal.

Marshall was actually involved in Charlton breaking the deadlock, with his cross providing the assist for Magennis.

Doyle tried to stop the ball from crossing the line following Magennis' header but the assistant referee on the near side flagged for the goal.

After a cautious approach in the first period from City, Grayson threw on Paul Taylor for the second half to support Charlie Wyke in attack.

The change certainly seemed to help as the Bantams took the game more to their hosts.

Adam Chicksen and Taylor were denied in quick succession by Ben Amos and Jay Dasilva respectively early after the restart, while Tony McMahon went agonisingly close when he hit the bar with a free-kick later in the half.

City weren't to be denied, however, and they ensured Grayson's time at City started with some encouragement when Robinson - only on the pitch four minutes at the time - swooped to head home from a Charlie Wyke cross. 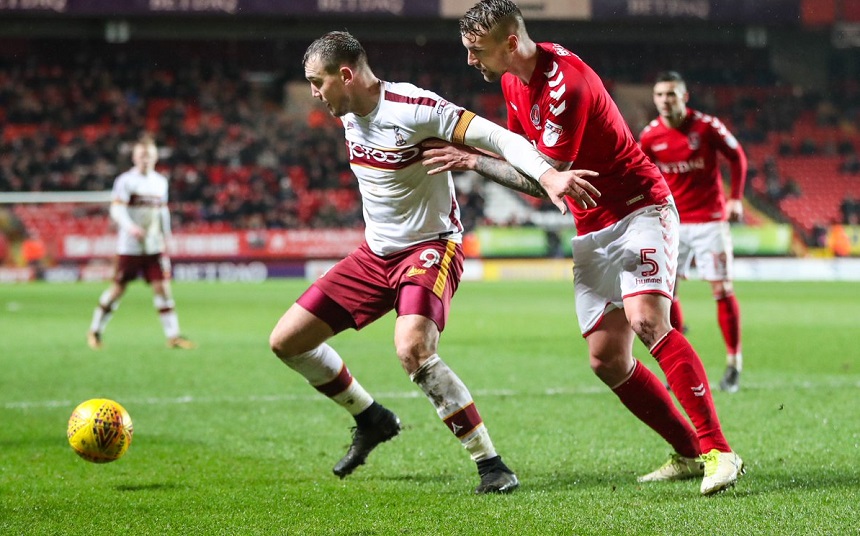 Read our in-game updates from throughout the fixture via the Match Centre - HERE.

Post-match interviews and match highlights from the game to be shown via iFollow Bantams - HERE.