A stunning long-range strike from Oldham Athletic full-back Cameron Dummigan worked against the Bantams, as Stuart McCall's men fell to defeat despite a battling display against the Latics.

With fit-again Tony McMahon and Colin Doyle, plus recent signings Matty Lund, Stephen Warnock and Ryan McGowan, all in their side, McCall's team made an encouraging start on a difficult surface, but they found themselves a goal down in the twelfth-minute due to a thunderous drive from distance by Dummigan.

A largely evenly-fought contest continued to be tight going into the closing stages, although Doyle was required to make an important block from Duckens Nazon towards the end of the first half.

Attacking towards nearly two thousand away supporters, the Bantams threw more men forward in pursuit of an equaliser, but Oldham doubled their lead four minutes before the end of normal time when Ryan McLaughlin crossed for fellow Latics sub Aaron Amadi-Holloway to head home.

A Jordan Gibson cross from the left squirmed under the body of Oldham 'keeper Johny Placide soon after, however, to reignite City's hopes of getting something from the game.

Six minutes of injury time followed but Dominic Poleon could only fire over from just inside the box with City's best chance. 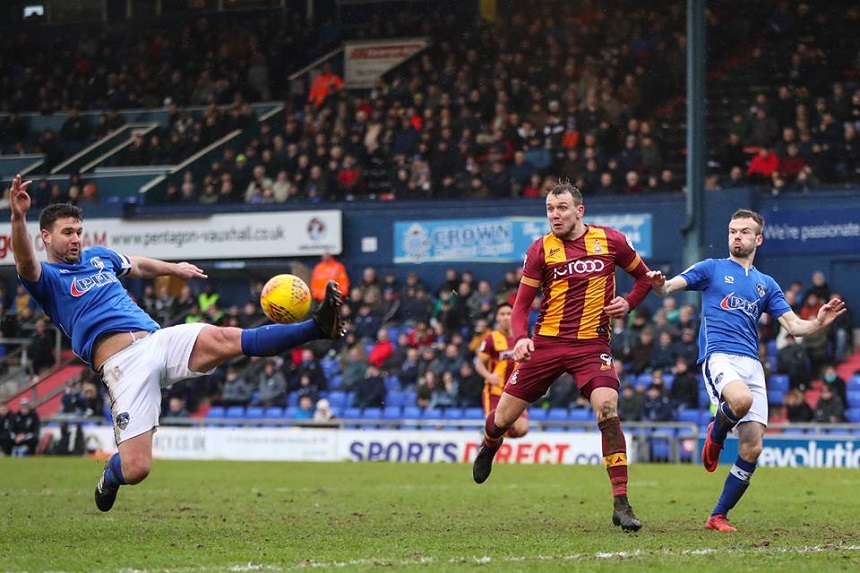 Read full in-match updates from the game via our Match Centre - HERE.