City will head into their encounter with Northampton looking to bounce back in a positive fashion after the disappointment of last weekend's Emirates FA Cup loss to Yeovil Town.

While the Yeovil defeat was clearly a big source of frustration for McCall's men, City do head into the Northampton contest in good form in the league.

The Bantams secured back-to-back league victories against Oxford United and Fleetwood Town either side of the New Year's celebrations before their trip to Yeovil.

Any win over Northampton at the weekend would, of course, mean three consecutive league successes for City then, while also moving McCall's side past the 50-point mark for the season.

Northampton will head to Valley Parade at the weekend currently in the bottom four, although they did pick up a morale-boosting 3-1 home victory over Southend United last time out.

City were successful in the first fixture between the two sides this season, Tony McMahon's superb first half free-kick securing a 1-0 away win for the Bantams at Northampton's Sixfields Stadium.

Bradford City
New loan signing Callum Guy could be in line to be involved at the weekend after joining from Derby County on Friday.

The Bantams should also be in a position to include the quartet of Rouven Sattelmaier, Jake Reeves, Nathaniel Knight-Percival and Matthew Kilgallon for the Northampton fixture.

Sattelmaier, Reeves and Knight-Percival all missed the Yeovil game through injury - while Kilgallon was forced to hobble off - but the four players should all be for this weekend.

Tony McMahon (thigh) is still ruled out, however, with fellow full backs - Luke Hendrie and Tom Field - have left the club since the last league fixture following the completion of their loan deals.

Omari Patrick is likely to miss the next 4-6 weeks after injuring his knee in the reserves on Tuesday.

McCall mentioned in his pre-match press event that other players could be missing as well due to illness and injury.

Northampton Town
Cobblers duo George Smith (ankle) and Daniel Powell (hip) are both doubtful for the match at the Northern Commercials Stadium.

New recruits Jordan Turnbull and Richard O'Donnell are likely to be involved after signing on permanent deals from Coventry City and Rotherham United respectively during the week.

Winger Hildeberto Pereira - another new signing by the Cobblers during the January transfer window - could be pushing for a starting berth after impressing as a sub during last weekend's Southend win.

Aaron Pierre is scheduled to be sidelined until April due to a groin injury.

Tickets
Details on how to purchase match tickets for this Saturday, including pre-match deals, can be found HERE.

Five Things
A look at five possible talking points ahead of this Saturday's match - HERE.

Head-to-Head
A look at the two sides' recent records - HERE.

Win The Shirt Off My Back
City's prized raffle draw returns for 2018 - click HERE for more details! 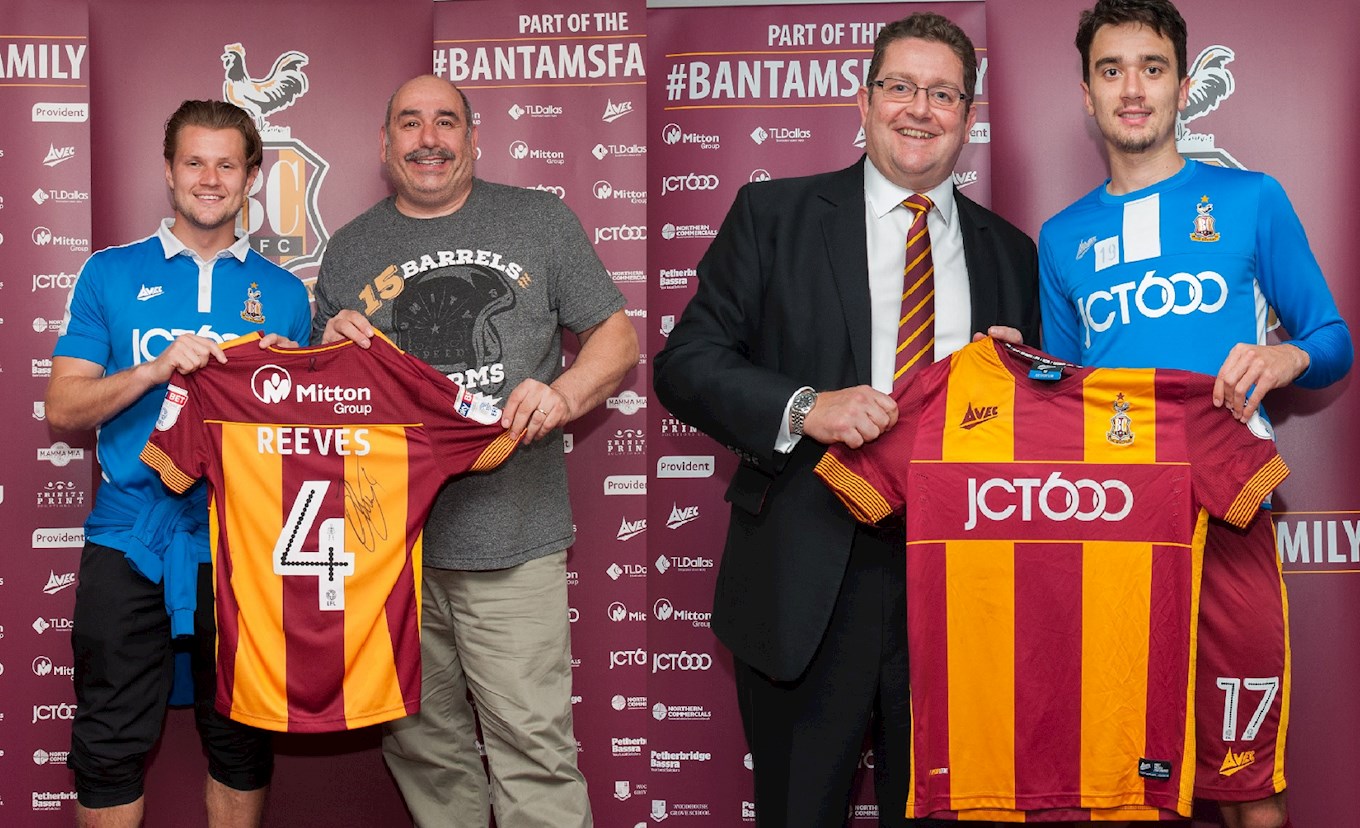 The Parader
Make sure you pick up your Northampton edition of City's match-day magazine. Please click HERE for further details! 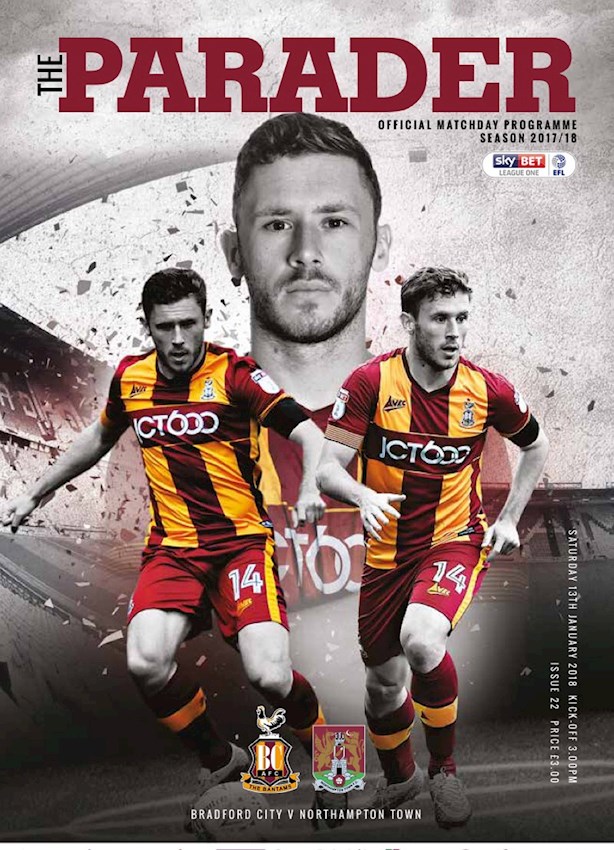 Stuart McCall's side are currently priced at 3/5 to defeat Northampton at the Northern Commercials Stadium.

The Bantams are also priced at 13/2 to beat Northampton by a 2-0 scoreline.

Dominic Poleon is available at 9/2 to opening the scoring, while Alex Gilliead can be backed at 11/4 to score at anytime during the game.

Coverage
For those unable to get to the Northern Commercials Stadium on Saturday, City supporters can follow live updates from the Northampton Town game via the club's official Facebook and Twitter pages.

Full audio match commentary of the Northampton match can be found via iFollow Bantams. Keep up to date with BBC Radio Leeds' Tim Steere for match action and reaction from the game.