The encounter will be the very first FA Cup tie between Yeovil and City, who last travelled to Huish Park back in January 2015.

Yeovil ran out 1-0 winners that day in a League One fixture, with the game coming just one week before the Bantams' memorable FA Cup fourth round success at Chelsea.

City come into Saturday's tie on the back of successive league victories either side of the New Year's celebrations.

Yeovil - currently positioned in twentieth in the League Two table - have actually lost their last two, although they did recently beat promotion-hopefuls Exeter City at Huish Park.

The Glovers also have already defeated League One opposition in this season's FA Cup competition, beating Southend United 1-0 in the first round.

Both Yeovil and City will go into Saturday's tie looking to at least book their place in the fourth round draw, which is scheduled to take place next Monday evening.

Yeovil Town
City's hosts at the weekend could hand debuts to as many as four new signings after a busy 24 hours or so in the transfer market for the Glovers.

Yeovil will be without Connor Smith and Omar Sowunmi, however, after the pair were sent off in Yeovil's New Year's Day fixture with Crawley Town.

Loan trio Sid Nelson, Matt Worthington and Keston Davies won't be available either after all recently returning to their parent clubs.

Dominic Poleon is back in contention as well after recent injury, while Adam Thompson has returned to full fitness following a spot of illness.

Jake Reeves remains out with a pelvic problem, although it is hoped the midfielder may return in time for the league game with Northampton Town next weekend.

Tony McMahon is a doubt for this weekend's trip to Huish Park after picking up a knock on his thigh early into the Fleetwood win.

Adam Chicksen, Colin Doyle and Alex Jones are continuing their recovery from injury.

Tickets
City supporters can pay on the day at Yeovil Town this Saturday - please click HERE.

Away Fans' Guide
Some relevant match-day information for those supporters making the journey to Huish Park on Saturday - HERE.

Match Officials
The confirmed set of officials for this Saturday's tie - HERE.

Kit Colours
The Bantams will wear their navy and claret away strip at Huish Park for the cup tie. 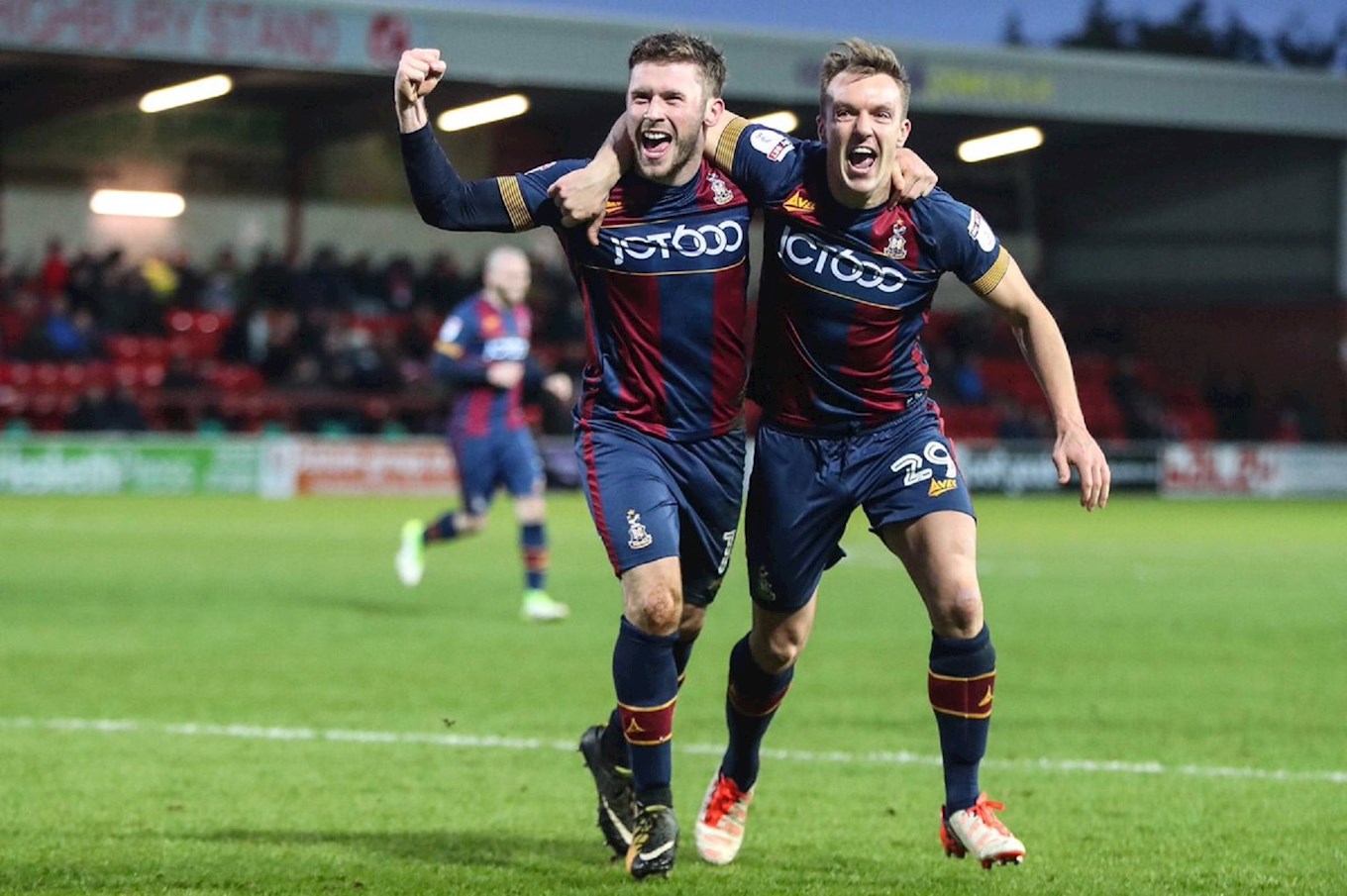 Stuart McCall's side are currently priced at 4/6 to defeat Yeovil at Huish Park.

The Bantams are also priced at 7/1 to beat Yeovil by a 2-1 scoreline.

Shay McCartan is available at 17/2 to opening the scoring, while Paul Taylor can be backed at 7/4 to score at anytime during the game.

Coverage
For those unable to get to Huish Park on Saturday, City supporters can follow live updates from the Yeovil Town tie via the club's official Facebook and Twitter pages.

Full audio match commentary of the Yeovil match can be found via iFollow Bantams. Keep up to date with BBC Radio Leeds' Tim Steere for match action and reaction from the game.