A difficult day at the office for the Bantams saw them suffer a heavy home defeat at the hands of AFC Wimbledon.

After a hard-fought first period Wimbledon held a slender advantage thanks to Jimmy Abdou's well-taken strike following Lyle Taylor's pull-back from the byline.

The goal had a touch of controversy about it, however, as it appeared the ball may have crossed the line before Taylor set up Abdou.

There was another debatable moment at the start of the second period when City eventually saw a Dominic Poleon equalisered disallowed for offside.

The goal was initially given after Poleon had touched home from close range, but protests from AFC Wimbledon players seemingly led to a change of mind from the officials just as play was about to restart.

Two goals in six minutes either side of the hour mark from the visitors via Andy Barcham and Cody McDonald then saw the Dons take control of the match.

With City pushing more men forward in an attempt to get something from the game, they were hit on the break ten minutes from the end as McDonald netted his second and Wimbledon's fourth of the afternoon.

Jordan Gibson was also given some game-time off the bench after the break in first league appearance for the club. 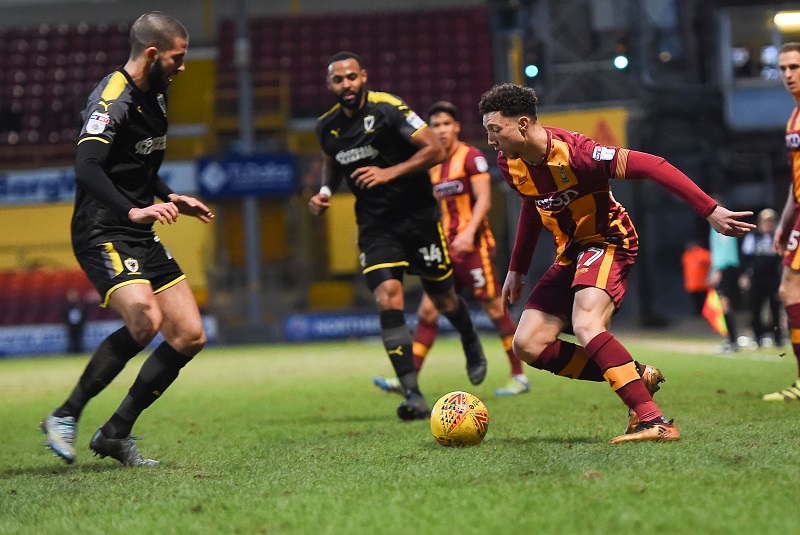 Supporters can see all the match stats and in-game updates from this fixture - HERE.

Match interview and highlights from this game will appear on iFollow Bantams - HERE.