Places in junior football camps run by Bradford City's Community Foundation over the forthcoming half term school holidays are still available to book.

The football camps, which will be run in various places around the Bradford district in February, are open to both boys and girls of all abilities aged between 5 and 13. 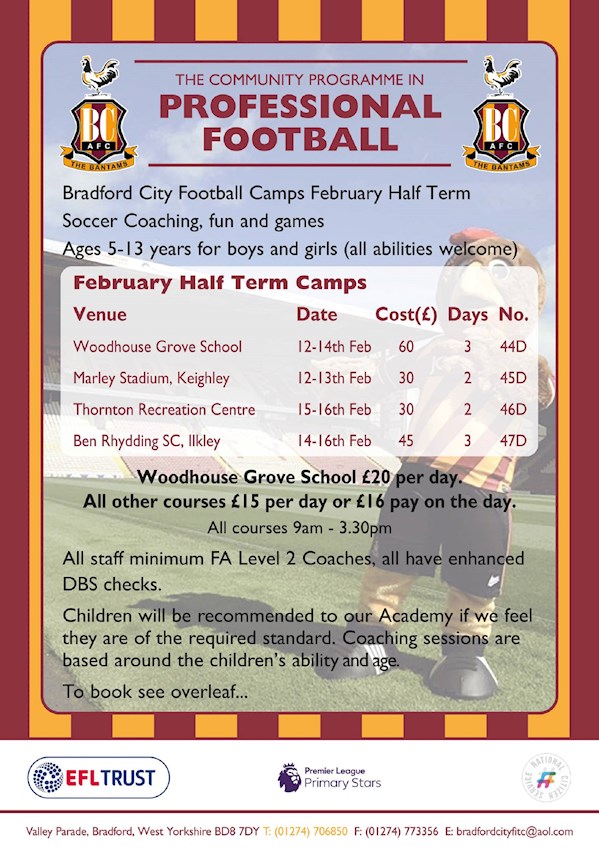