On the eve of the home match with AFC Wimbledon, City have clinched an exciting triple transfer swoop.

The Bantams have moved to bring in versatile defender Ryan McGowan on a permanent deal, while Burton Albion duo Matthew Lund and Stephen Warnock arrive on loan until the end of the season.

McGowan has penned an eighteen-month contract with the Bantams that will keep him at the Northern Commercials Stadium until the end of the 2018/2019 season.

The arrival of City's three new players comes on the back of the signing of German striker Kai Bruenker from SC Freiburg on Thursday (HERE).

McGowan, who can play in a number of positions across the back four and also in midfield, joins up with Stuart McCall's squad on a free transfer after a spell with UAE Arabian Gulf League side Al-Sharjah.

The 28 year-old will be well known to McCall and assistant Kenny Black after featuring for Hearts and Dundee United in Scotland earlier in his career.

During his time with Hearts, McGowan won the 2012 Scottish Cup Final, with the defender scoring in the final against Edinburgh neighbours Hibernian.

The Australian international has twenty caps to his name. He represented the Socceroos in the 2014 World Cup, featuring in all three of their group games against Chile, Holland and Spain.

He also played for Australia in the 2017 Confederations Cup last summer.

Along with a period in the United Arab Emirates, McGowan has spent part of his career in China.

McGowan's move to the Bantams is subject to international clearance.

Midfielder Lund arrives at the Northern Commercials Stadium  having already played twelve times for Burton in the Championship this season.

The Northern Ireland international moved to the Pirelli Stadium at the end of last season following an impressive 2016/2017 campaign in League One with Rochdale.

Lund netted ten goals from midfield for Dale, including a hat-trick against Northampton, as the Lancashire side narrowly missed out on a place in the end-of-season play-offs.

The 27 year-old made well over a century of appearances for Dale in a four-year spell at Spotland Stadium.

The Manchester-born midfielder, who started his professional career at Stoke City, helped Rochdale to promotion from League Two in 2014 during his time at the club.

Warnock has over 520 career appearances to his name so far and spent several seasons in the Premier League with Liverpool, Blackburn Rovers and Aston Villa.

The defender came through the ranks at Liverpool, but he actually made his professional debut with the Bantams during a twelve-game loan spell at Valley Parade back in 2002.

Including City, Liverpool and present club Burton, Warnock has featured for ten different clubs after over fifteen years in the professional ranks so far.

He has been capped twice by England and was named as part of England's 2010 World Cup squad.

Warnock has played fourteen times for Burton in the Championship this season. 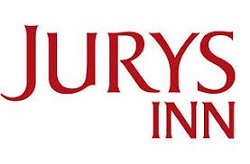 Matthew Lund and Ryan McGowan are still available to sponsor, however.