The Bantams finished their pre-season preparations ahead of the forthcoming 2017/2018 campaign with a 1-0 defeat at Carlisle United.

The friendly fixture was heading for a goalless draw until a deflected strike fell nicely into the path of Carlisle's Richie Bennett to allow the striker to head home with the last action of the match.

With seven days to go until the League One season opener against Shrewsbury Town, Head Coach Michael Collins named seven of City's summer signings in his starting XI at Brunton Park, giving a first public outing in Bantams colours to Sean Scannell.

Hope Akpan wasn't risked after picking up a slight niggle in Tuesday's behind-closed-doors victory over a Sheffield Wednesday XI.

The Bantams nearly took the lead with just two minutes on the clock when George Miller took advantage of a loose pass from Gary Miller.

Carlisle 'keeper Joe Fryer came off his line to deal with the situation, but his attempted clearance bounced off the City striker and towards goal.

Former Bantam Gary Liddle was in position, however, to comfortably clear the danger for the home side as the ball slowly bobbled goalwards.

Liddle - now playing as a central defender these days for the Cumbrians - was involved again roughly midway through the first period.

He produced an important block just inside the box to repel a Jack Payne strike after the attacker had driven forward with real purpose into shooting space. 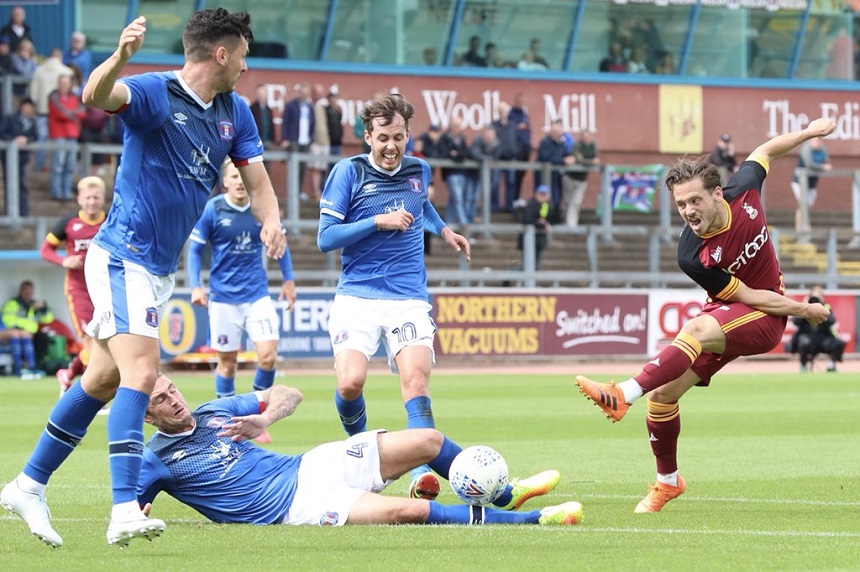 City created arguably the clearest scoring chance for either side up to that point just before the half hour mark when Robinson fed Miller into space inside the box.

Miller had a clear sight of Fryer's goal, but his left-footed strike was dragged just wide of the far post.

The Bantams were playing pleasing football on the eye at times going forward, with Payne and Scannell certainly looking effective, but an alert Anthony O'Connor was needed at the other end to produce a well-timed tackle to deny one-time Bantams loanee Jamie Devitt as he tried to surge forward into the box.

Richard O'Donnell was then required soon after to gather up a downward header from Bennett following George Glendon's floated cross towards the far post.

As the first half drew to a close with the contest still evenly-matched, O'Connor, who has certainly impressed in pre-season, crucially got his head on a Gary Miller cross just as Bennett behind him was lurking ready to potentially trouble O'Donnell in the City goal with a header of his own.

Collins made one change at the break, bringing on Sherwin Seedorf for Robinson ahead of the restart for the second half. 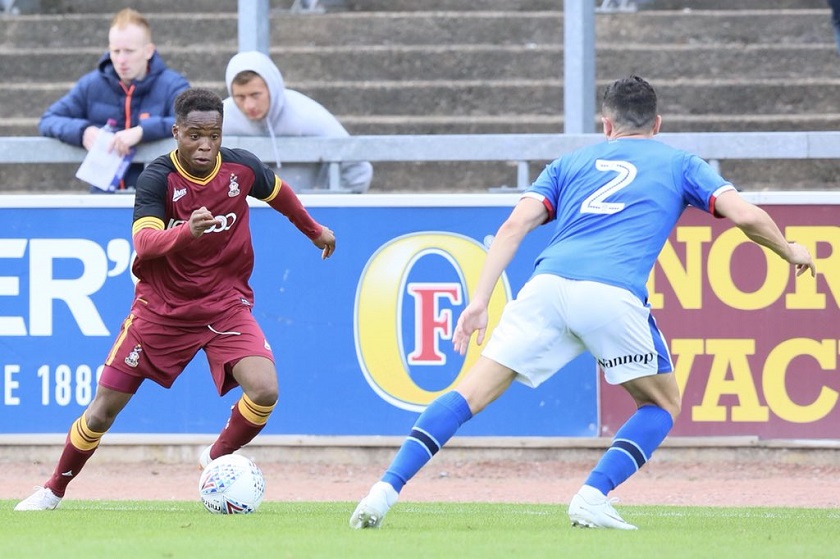 The first meaningful sight of goal after the interval fell the way of the hosts shortly before the hour.

Kelvin Etuhu fed the ball into the path of Hallam Hope inside the box, but the attacker's angled drive hit the side-netting by O'Donnell's near post.

Carlisle came closer to breaking the deadlock minutes later when Jerry Yates cut inside from the right flank before firing in a low drive from the edge of the box that crashed against the base of the far post.

Payne had a chance to go for goal at the other end soon afterwards from a free-kick, but his effort from distance from the set-piece unfortunately sailed comfortably over.

Following his run-out in the second period at Apperley Bridge against the Owls in midweek, Ryan McGowan was introduced into the action ten minutes from the end for Colville.

McGowan's substitution saw City move to a back three, with the Australian joining Nathaniel Knight-Percival and O'Connor in central defence.

Finding himself up field with five minutes of the match remaining - perhaps due to the formation change - O'Connor made a burst for the byline after being found by Joe Riley on the right.

O'Connor proceeded to fizz the ball dangerously across the six yard box but the low centre sadly missed everyone in the middle.

Carlisle snatched the win in the final minute of normal time with literally the last attack of the match.

A deflected shot from the edge of the box from Hope looped up nicely for Bennett, who sent a header past O'Donnell from close range.