Just a week into the Bantams' pre-season programme, City have secured the highly impressive signing of robust and influential midfielder Hope Akpan.

Akpan joins City after signing a two-year deal, becoming the Club's ninth signing of the summer in the process.

He moves to the Bantams on a free transfer from previous club Burton Albion. The deal is subject to the standard EFL and FA clearances.

After putting pen to paper on his City contract, Akpan has now joined up with his new team-mates at their pre-season Cheshire training camp.

The 26 year-old made twenty-seven appearances for Burton in the Championship last season, with the central midfielder featuring heavily in the second half of their campaign as the Brewers nearly pulled off the great escape.

Despite narrowly missing out on an incredible last-day survival with Burton at the end of last season, Akpan certainly caught the eye in the second tier.

Akpan, who has been capped at senior level by Nigeria, scored twice and secured three assists in Burton's final six matches of the season.

Impressively, Akpan has played the vast majority of his football so far in his career at Championship level.

Including his appearances in a Burton shirt, Akpan has featured one hundred and thirty-five times in the Championship over the past five seasons for the Brewers, Blackburn Rovers and Reading.

Speaking about Akpan's arrival, Head Coach Michael Collins said: "We are really pleased to get Hope into the building.

"We already had excellent quality in that area (midfield), but Hope will add to that whilst also offering a strong physical presence.

"The intensity of the league demands we have quality in all departments to cope, and we feel like we are getting there now." 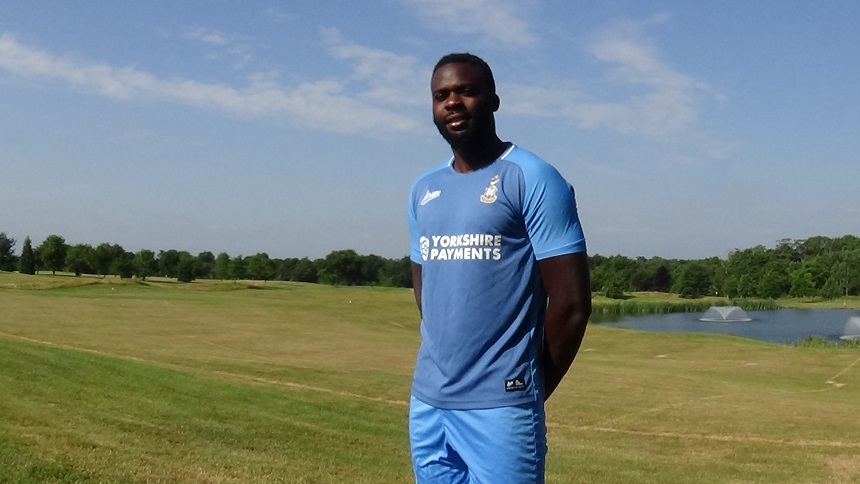 Born in Childwall, Liverpool to Nigerian parents, Akpan began his professional career at local club Everton back in 2009 after coming through the youth ranks at Goodison Park.

During his time with the Toffees, Akpan got his first taste of Championship football while on loan at Hull City.

After leaving Everton in 2011, Akpan moved to Crawley Town.

His eye-catching form during his time with the Red Devils eventually saw the powerful midfielder earn a move to Reading, then of the Premier League, in January 2013.

For all player sponsorship enquires please contact the Commercial team on 01274 773355 or e-mail commercial@bradfordcityfc.co.uk