The Bantams began their preparations for the forthcoming 2018/2019 campaign this Thursday by taking part in their first day of pre-season training.

On a beautifully sunny day at City's Apperley Bridge training base, Head Coach Michael Collins was on hand to put the players through their paces for the first time.

On his first official day taking training as the Club's new Head Coach, Collins was ably assisted on the training pitch by Martin Drury and Greg Abbott.

Fresh from his return to the football club, Fitness and Conditioning Coach Robert Lossau was also present during training.

All eight of City's summer signings so far took part in the opening session, including the Club's latest recruit, goalkeeper Richard O'Donnell, who signed on at the Northern Commercials Stadium on Wednesday.

Along with City's new additions, there was also the welcome sight of Ryan McGowan, Alex Jones and Jake Reeves back involved in training after an injury-hit end to the previous campaign for the trio.

The only player to miss training on the opening day was Shay McCartan, who is currently laid low with tonsillitis. 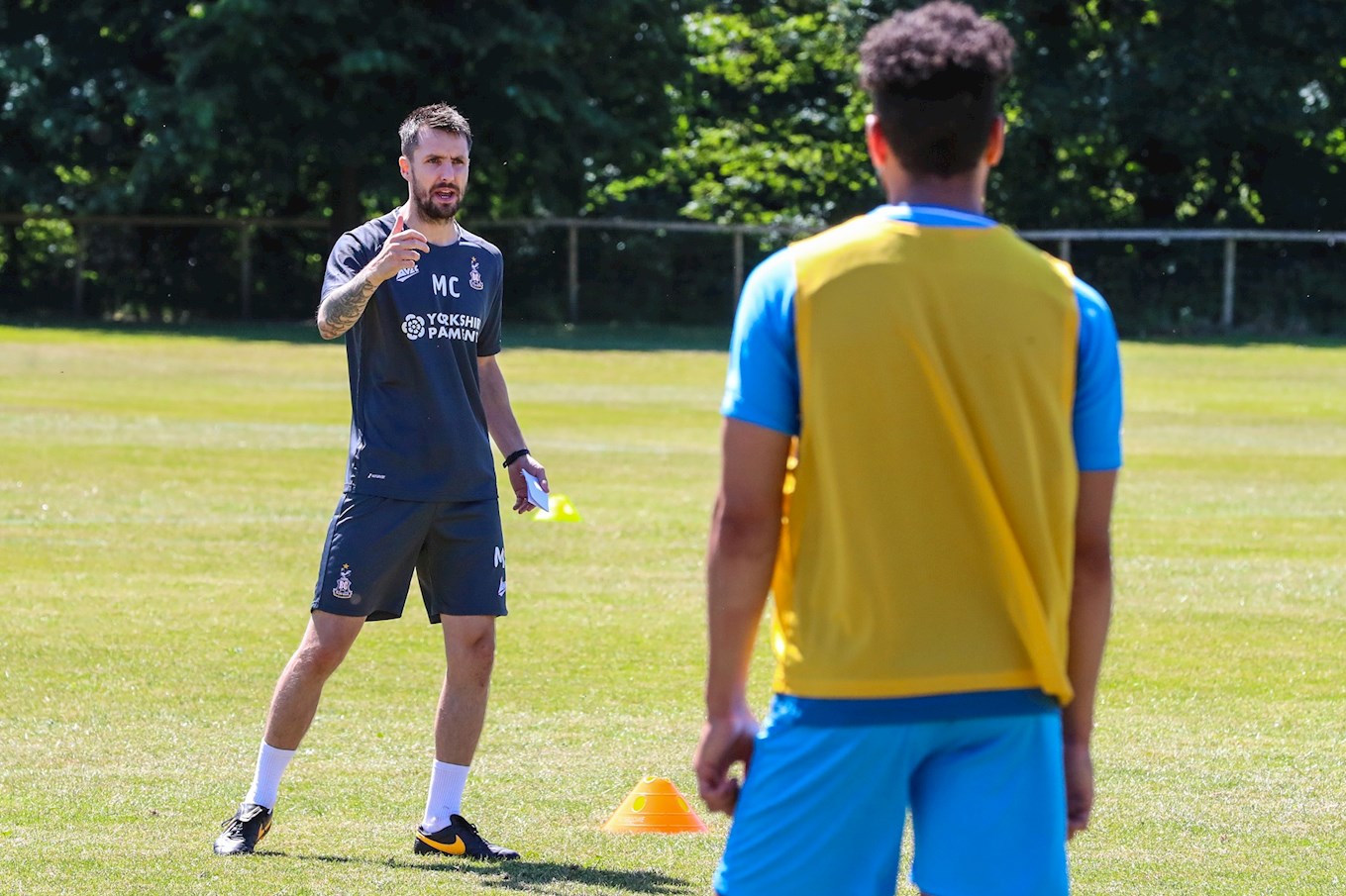 Speaking after day one of pre-season training, Collins said: "The players have come back in good spirits and they applied themselves very well.

"The first day (of pre-season training) is important. It is where to set your standards and lay out exactly what is expected.

"We know that this is where we will be judged. Not through talking, but through the work we do on the training pitch and how we organise the group.

"There is obviously the fitness-side to pre-season clearly - we want to play with a high intensity - but we also want to use this period to get our message across to the players about how we will go about things.

"We want to make sure the players perfectly understand the sessions and what we are looking for.

"There will be a lot of information to get into them but we are confident that the players will buy into it.

"It has been great to have the players back in the building today (Thursday), and we can really start to work on that togetherness that we can build on throughout the course of the season.

"We have stressed to them that this is a new start this season, a fresh start for every single one of them.

"The attitude of the players so far has been spot-on.

"They have all back in good shape and look raring to go."

City's first pre-season friendly of the summer is scheduled for Saturday 7 July at Farsley Celtic.