The Bantams have swooped to secure the eye-catching signing of Swedish defender Thomas Isherwood from Bayern Munich.

The 20 year-old giant central defender moves to the Northern Commercials Stadium for an undisclosed fee after penning an initial two-year deal.

Isherwood, who stands at 6' 4'', has represented Sweden at international level from Under 15s up to Under 19s.

The left-sided defender was born in Sweden but he is also eligible to represent England.

Isherwood's mother is Swedish but his father is English, with sections of his family still based in Manchester.

After playing youth football for a number of clubs in his native Sweden, Isherwood was snapped by the German giants from Stockholm-based side IF Brommapojkarna.

He was linked with Manchester City prior to his move to Bayern's reserve set-up in 2015.

Isherwood has featured twice for Bayern's first team in friendly fixtures in the past, but the Swede has played the vast majority of his football with their second team, Bayern Munich II.

His presence in the air, relative pace, and good reading of the game is believed to have caught the attention of both Rangers and Celtic ahead of Isherwood's move to Valley Parade. 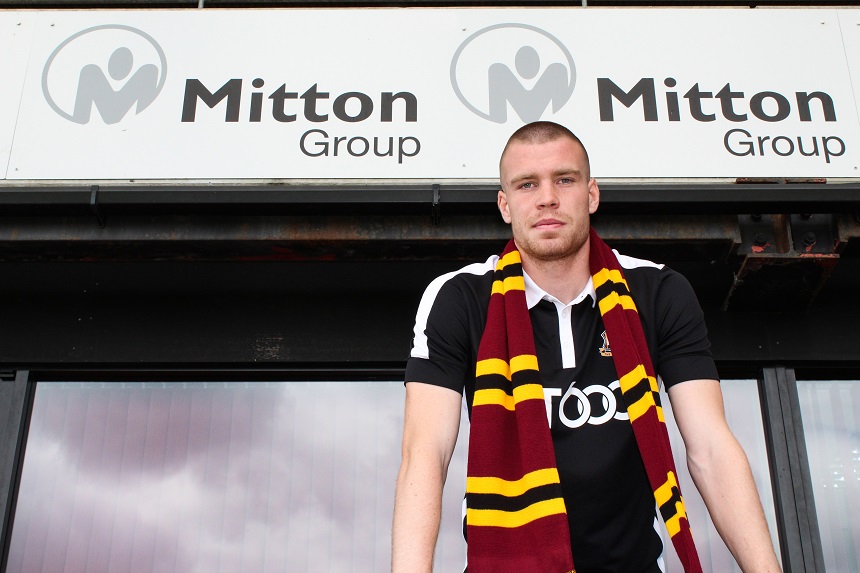 Speaking about Isherwood, Head of Recruitment Greg Abbott said: "Thomas was recommended to us through people at Bayern Munich.

"They always had high hopes for him, but they feel it would be very difficult for Thomas to break through into their team now.

"Their level is clearly very different, though, they are looking at the elite players for their first team squad.

"He is a 6' 4'' left-sided defender - they can sometimes be a bit of a rarity - and he is another player we hope we can bring in and develop.

"How quickly he settles in and adapts will be down to him and the work we give him, but he is certainly someone who comes highly recommended to us."

Thomas is now available for sponsorship!

For all player sponsorship enquires please contact the Commercial team on 01274 773355 or email commercial@bradfordcityfc.co.uk