The Bantams have secured the futures of a trio of young players to the football club.

Youth team goalkeeper George Sykes-Kenworthy (pictured above in red) has signed his first professional contract with the club - a two-year deal - while City have also snapped up midfielder Cameron Hawkes following his departure from Sheffield United.

Speaking about the trio of deals, Head of Recruitment Greg Abbott said: "These three deals are all about beginning to look towards next season and putting the plans in place.

"There is two levels of recruitment.

"You obviously have your first team level recruitment, which we are on with now at this moment, and then there is the recruitment behind that as well.

"This is where Callum, Cameron and George come in.

"Callum has been a bit unfortunate with injuries this season, including a nasty shoulder injury that kept him out for three months.

"He carries the ball well, though, and we look forward to seeing how he progresses at the end of this season and throughout the next campaign.

"Cameron is a player who comes to us highly recommended from Sheffield United. He has already impressed during his early days at the club.

"We must thank the youth team and academy staff for the work they have done with George over the years to get him to this stage and ready for this step up into the senior squad set-up.

"We've given George a two-year deal as it is obviously harder for a goalkeeper to get first team opportunities, so we have given him an extra year to try and establish himself."

Sykes-Kenworthy has earned his maiden pro deal with the Bantams after impressing coaching staff during his two-year scholarship in the club's youth team set-up.

Before that, Sykes-Kenworthy had progressed up to youth team level after being in the club's academy since Under 8s.

Along with featuring heavily for City's Under 18s, the shot-stopper has played on more than one occasion for the Development Squad in the Central League this season.

He was on the bench as well for City's Emirates FA Cup third round tie at Yeovil Town back in January.

The goalkeeper was also involved in a youth level training camp earlier this season at the National Football Centre at St George's Park set up by The FA.

New signing Hawkes, who turns 18 later this month, joins the Bantams after catching the eye while training with City recently.

Hawkes has already featured for City's Development Squad in their recent goalless draw at Walsall in the Central League.

Ahead of his move to the Bantams, the tough-tackling midfielder made a number of appearances for Sheffield United's Under 18s during his time in the Blades' academy set-up. 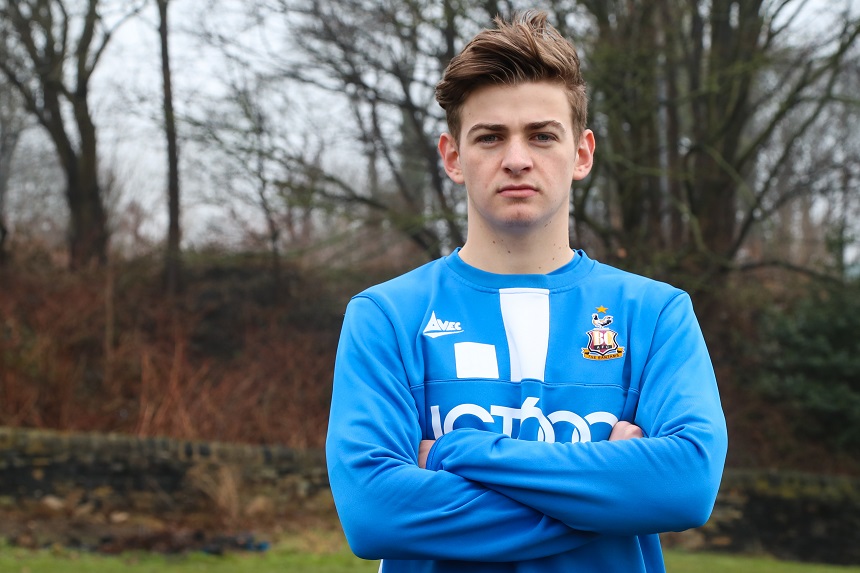 Gunner will return for a second season with the Bantams after originally moving to City last May alongside Omari Patrick and Tyrell Robinson.

The all-action midfielder has unfortunately been unable to shown a true reflection of his ability so far this season due to a couple of frustrating injury periods.

Gunner is back fit now, however, and featuring regularly for City's Development Squad.

After initially signing a one-year contract upon joining the club, Gunner's new deal will keep him at the Northern Commercials Stadium until the end of next season.

Interviews with Cameron, Callum and George can now all be found on iFollow Bantams - HERE.