Skip to main content Skip to site footer
With our 2018/19 season ticket campaign in full swing, we have teamed up with two Bradford filmmakers to run a competition whereby two lucky winners will receive their season tickets completely free.
Bradford City fans and childhood friends  Scott Elliott and Sid Sadowskyj are currently receiving national acclaim for the release of a new film about their lives as dream chasers in the highly rated 'Scott and Sid' which is out now to buy on DVD, Blu-Ray and digital download.
The movie charts their lives from teenagers to adulthood chasing dreams to achieve anything in life they put their minds to from setting up a multi-million pound business as entrepreneurs to novice filmmakers.
Hundreds of billboards for the film have been located all around Bradford, Leeds and further across the UK to promote the film. And to support their hometown club and promote our season ticket campaign the pair are giving City fans the chance to enjoy a bit of fun along.
Filmmaker Sid Sadowskyj said “Grab your City scarves and shirts and get ready to smile! We're offering a free season tickets to two winners who send in pictures of themselves in front of  a 'Scott and Sid' billboard.
We want to see you strike a pose, take a selfie and post on social media. Scott and I along with the club will be selecting the most memorable pic.
We're big City fans and thought it would be a great idea to combine the two campaigns. Let's be successful together!"
Just like the pair in film, Bradford City are well rehearsed to overcoming adversity to achieve success and City's Chief Operating Officer James Mason believes Scott and Sid's story will resonate with fellow fans,
"As Bradfordians we are used to improbable challenges, nothing is ever straight forward is it? Even now we are experiencing a tough time on and off the field so if we can take some inspiration from what Scott and Sid have achieved then that can only be a good thing. We've chased our own dreams in recent years and achieved them. We now need to regroup and believe those happier days will come again."
"We're hoping that next win will come this Saturday to give everyone a huge lift but in the meantime if we can support another Bradford success story with the film then this has to be a good thing.  If two lucky fans can win their season ticket along the way, even better. Knowing our fan base I can’t wait to see some of the creative photos sent in as part of the competition from tube stations in London to familiar locations around West Yorkshire 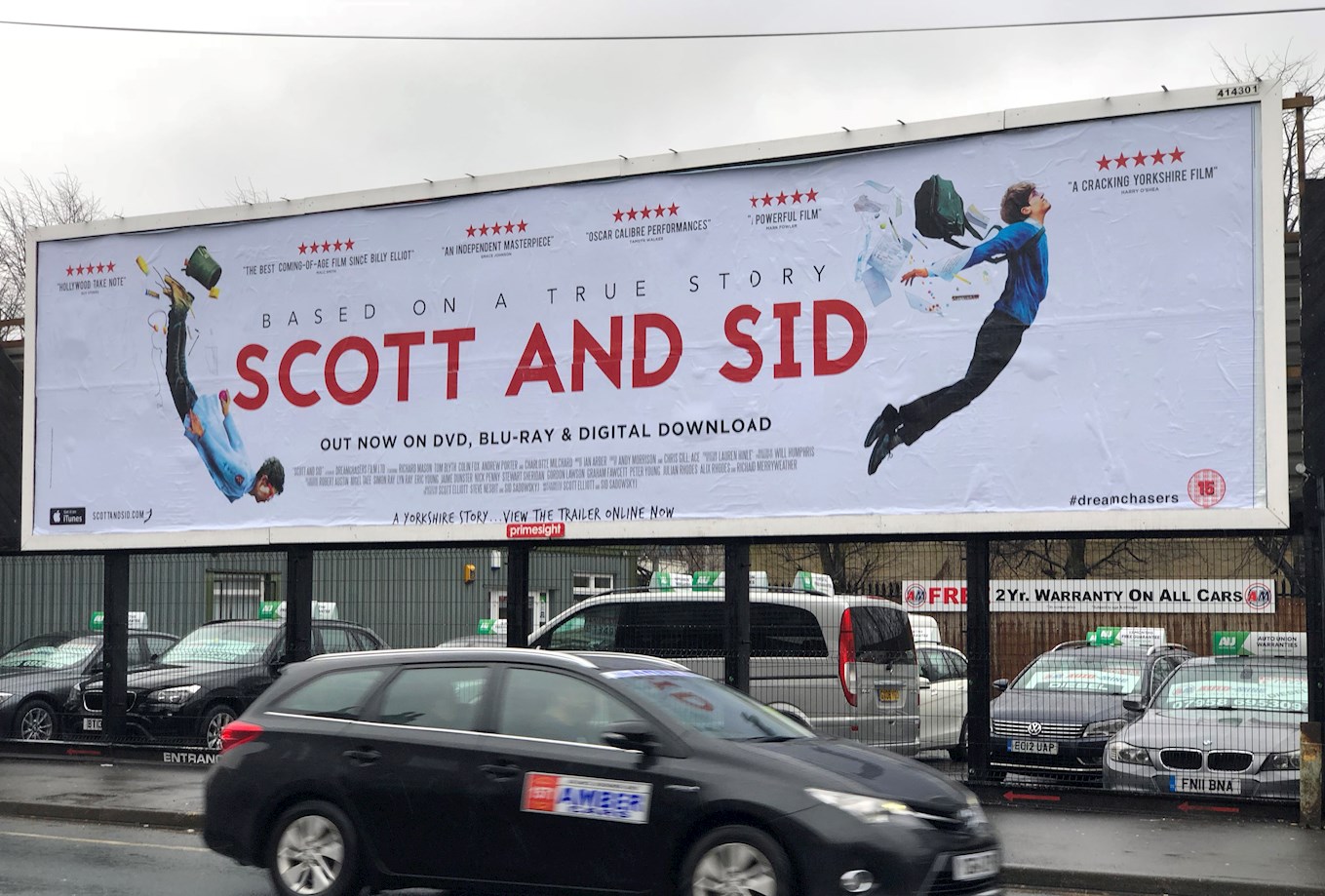 Adult season ticket prices are £169 until 7th April with a range of membership packages also. To find out more about our campaign visit www.bcfc.talent-sport.co.uk
To win, get your claret and amber scarves at the ready and simply post your picture and message on Twitter, Facebook, Snapchat or Instagram mentioning both @officialbantams and @ScottandSid in the text or simply e mail us at commercial@bradfordcityfc.co.uk before the 7th of April.
'Scott and Sid’ is currently in selected cinemas across the UK now but also available to buy on DVD, Blu-ray and digital download.
For more information, go to www.scottandsid.com or you can buy the film in the follow ways
iTunes: