The football camps, which will be run in various places around the Bradford district later this month, are open to both boys and girls of all abilities aged between 5 and 13. 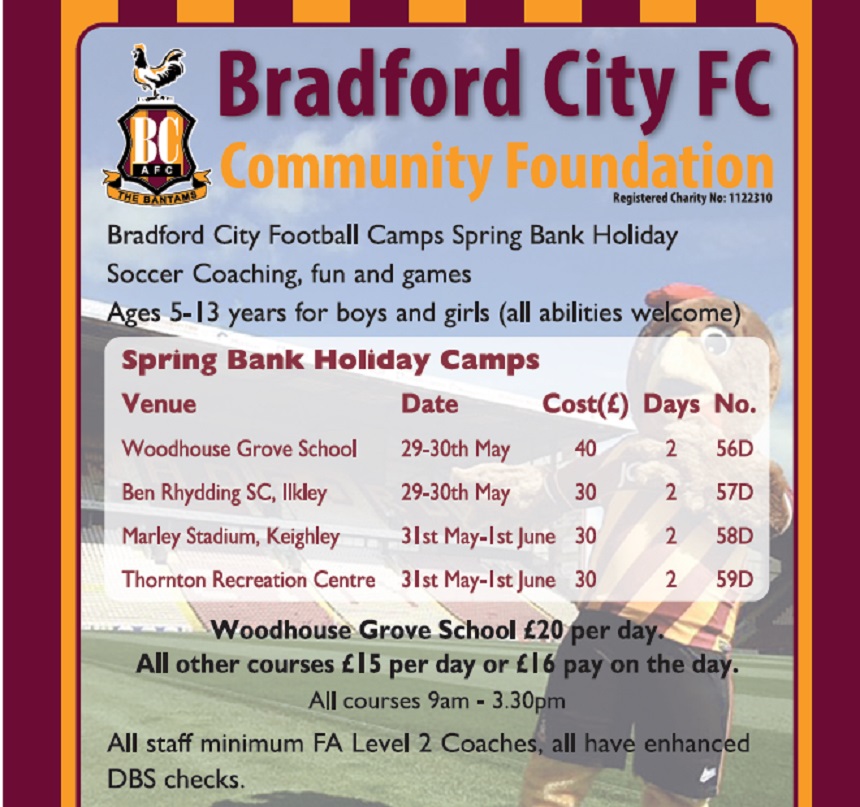