Skip to main content Skip to site footer
Bantams defender Matthew Kilgallon was crowned Bradford City's 2017/2018 Player of the Year on a night to remember for the defender at the Club's end of season awards evening this Wednesday.
The popular centre back, who was also chosen by his team-mates for the Players' Player of the Year title, won seven awards in total during the awards night at the Northern Commercials Stadium.
On top of his Player of the Year and Players' Player of the Year awards, Kilgallon was chosen as the top player for the season by the Friends of Bradford City - who once again organised the event - East Bierley Bantams, Bingley Bantams, Shipley Bantams and White Abbey Supporters' Groups.
Kilgallon was named as the Telegraph & Argus' Most Consistent Player award winner as well.
The only award the centre half missed out on was the Bingley Bantams Player of the Year which went to Colin Doyle instead.
The glut of trophies collected on the night by the defender was a fitting reward for the 34 year-old, who has arguably been one of City's most consistent performers during the last nine months.
Speaking after his sensational trophy haul, a jubliant Kilgallon said: "I really can't believe it.
"It certainly means a lot to me to collect all of these awards.
"I definitely didn't expect all of these trophies. I am so happy with all of this, and I can't wait to share it all with my wife and kids.
"It was nice to hear your name so many times, but I didn't want to go over the top on the stage - we all know that we wanted to finish this season higher.
"Deep down, though, I am very proud by these honours. It is nice when fans come up to you and say that you've given it your all this season.
"For someone like me, a defender, to win the main award from the fans shows that the supporters here clearly know their football.
"It would have been easy just to give it to a striker who scores the goals and takes all the headlines.
"I am really happy that the fans feel I have done well for them this season.
"The vote from the lads for the Players' Player of the Year award means a lot as well.
"Hopefully it shows that I have been doing the right things on the pitch and in and around the training ground.
"I have won awards before but I've never had an amount like this.
"If I win more than this in the future I think I'll have scored twenty goals in the season!
"I don't want to sit back on this, though.
"I will enjoy what I have achieved tonight (Wednesday) but I am looking to go again in pre-season this summer.
"We clearly wanted to finish this season higher, but it is gone now.
"We have to take the positives from the campaign and look to improve next season." 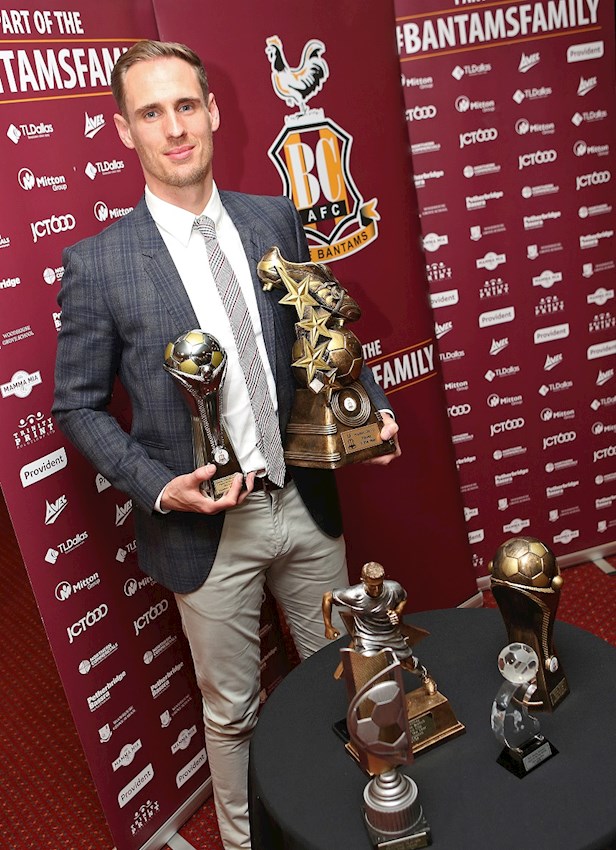