Simon Grayson's Bantams finished off the 2017/2018 campaign with a creditable performance and a share of the spoils against play-off-bound Scunthorpe United.

Fresh from collecting the Player of the Year award in midweek, Matthew Kilgallon headed City in front early in the second period from a Tony McMahon corner.

Scunthorpe, who hit the crossbar via a Josh Morris free-kick in the first half, equalised soon after, however, when Conor Townsend converted from close range.

City could have won it in the closing stages but Charlie Wyke's superb half volley thundered against the bar with Scunthorpe 'keeper Matt Gilks beaten.

The game saw Stephen Warnock play the final fixture of his career ahead of retirement.

Warnock, who was made captain for the day, was replaced towards the end of the match by 16 year-old league debutant Reece Staunton. 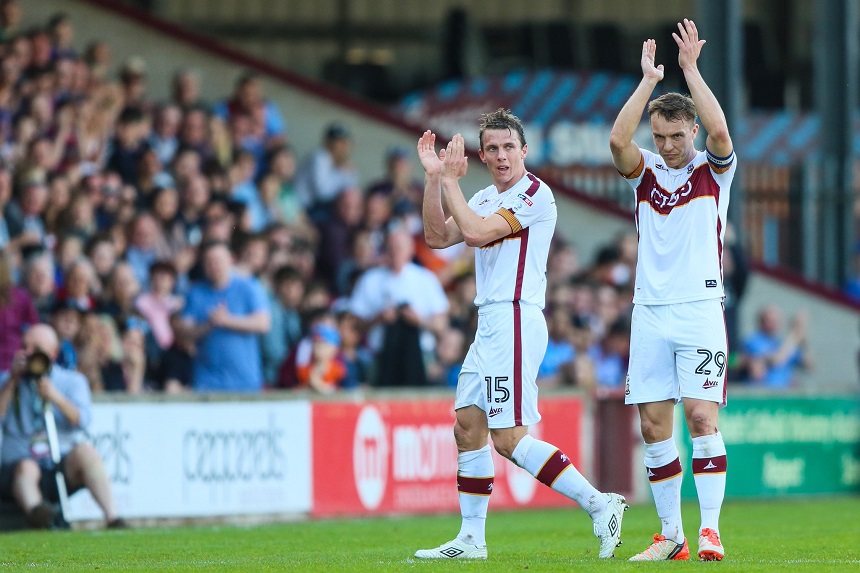 In-match updates and match stats from the Scunthorpe fixture can be found via our 'Match Centre' - HERE.

Match highlights and post-match interviews from Glanford Park will be available on iFollow Bantams - HERE.