The season-opening contest with the U’s, taking place at the Utilita Energy Stadium, is set to get underway from 3.00pm.

And the first issue of The Parader - on sale for £3 around the ground - will be packed full of exclusive content, new for the 2019/20 campaign.

This week’s front cover, including an illustration courtesy of Bradford artist Rob Dunn, will feature none other than manager Gary Bowyer, who is also the subject of ‘The Big Interview’. 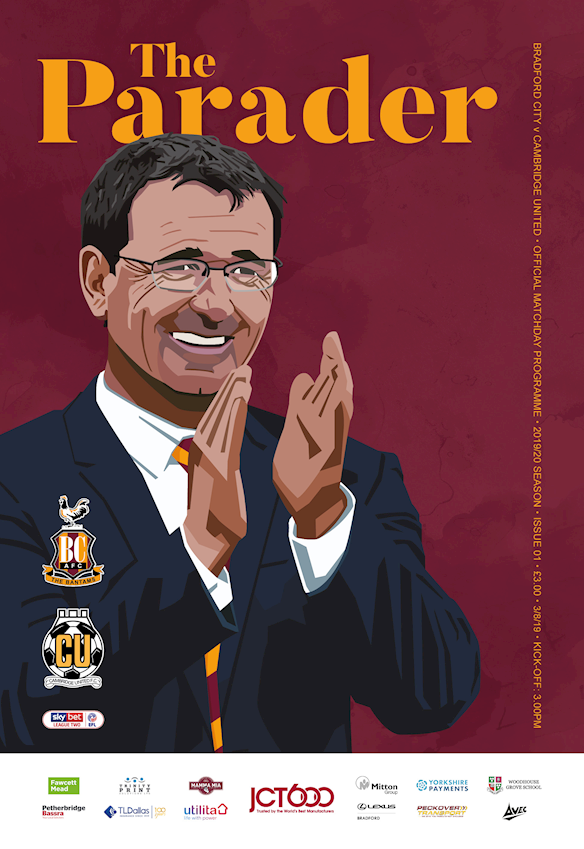 ‘From The Top’ entails an exclusive message from City owner Stefan Rupp, with a round-up of all the Bantams’ pre-season friendlies also included.

The popular ‘Bantams Board’ returns, with Fionn Woodward arriving as this week’s ‘Junior Bantams Reporter’ - in a brand-new feature allowing younger fans to share their memories from previous City games.

New columns are included, with The Width of a Post’s Jason McKeown, The City Gent’s Mike Harrison and Aaron Bower, the creator of Bantams Heritage.

With sellers to be found around the outside of the Utilita Energy Stadium from 1.30pm when gates open, be sure to grab a copy of Issue One of the 2019/20 Parader!