Firstly, we would like to extend a warm welcome to this afternoon's Big Match Sponsor, Schofield Sweeney, and Matchball Sponsor, the Cedar Court Hotel!

Members of Gary Bowyer's playing staff will don rainbow showlaces in their football boots, as well as rainbow corner flags, a pennant and captain's armband being on show.

This afternoon’s match will be held in aid of The Salvation Army.

Founded in East London in 1865, The Salvation Army is a Protestant Christian church and international charitable organisation.

Bucket collectors on behalf of the fund can be found in around the Utilita Energy Stadium, today, and supporters are asked to help out - in whichever way possible.

Newport enjoyed a strong start to the campaign but - on the back of three consecutive league defeats - currently sit 11th in Sky Bet League Two.

Be sure to grab a copy of Issue 12 of The Parader this afternoon, on sale for just £3 around the Utilita Energy Stadium.

Harry Pritchard - who also features in 'The Big Interview' - is this week's cover star, which also gives a nod to this afternoon's backing of Stonewall's Rainbow Laces campaign! 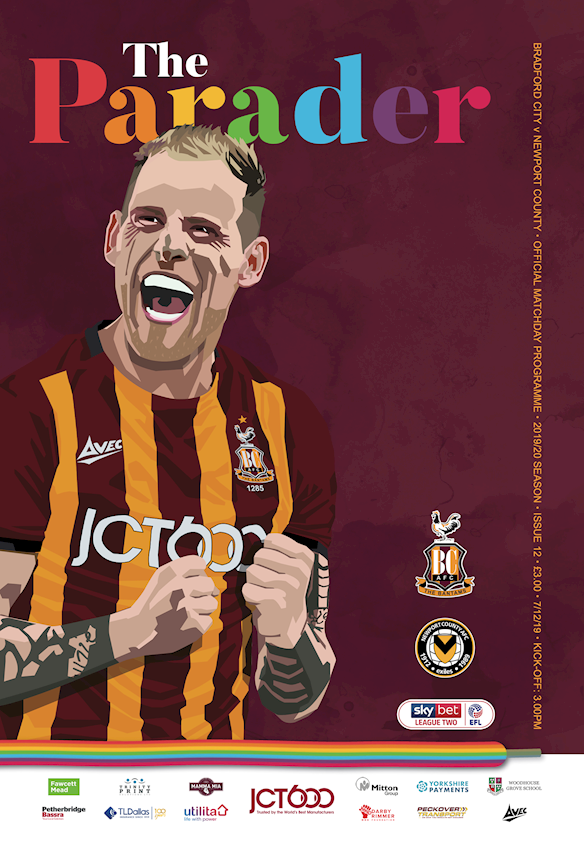 Other features include 'From The Top' with interim chief executive Julian Rhodes, 'From The Dugout' with manager Gary Bowyer and the popular 'Bantams Board'.

And 'Junior Bantams Reporter', James Crickmore, offers his take on the Bantams' last outing, at home to Exeter City.

Supporters are in for a dry West Yorkshire afternoon, with temperatures set to linger around 9°C.