Issue 12 of The Parader will land this Saturday when the Bantams play host to Newport County.

Gary Bowyer's men return to league action at the Utilita Energy Stadium for the first time in over a month, with action set to get underway from 3.00pm.

And the 12th instalment of the club's official matchday programme - on sale for just £3 - will be packed full of exclusive content for supporters to enjoy.

This week’s front cover - illustrated by Bradford artist and City fan Rob Dunn - features Harry Pritchard and a nod to Stonewall's Rainbow Laces campaign, which the Bantams will be backing in the encounter. 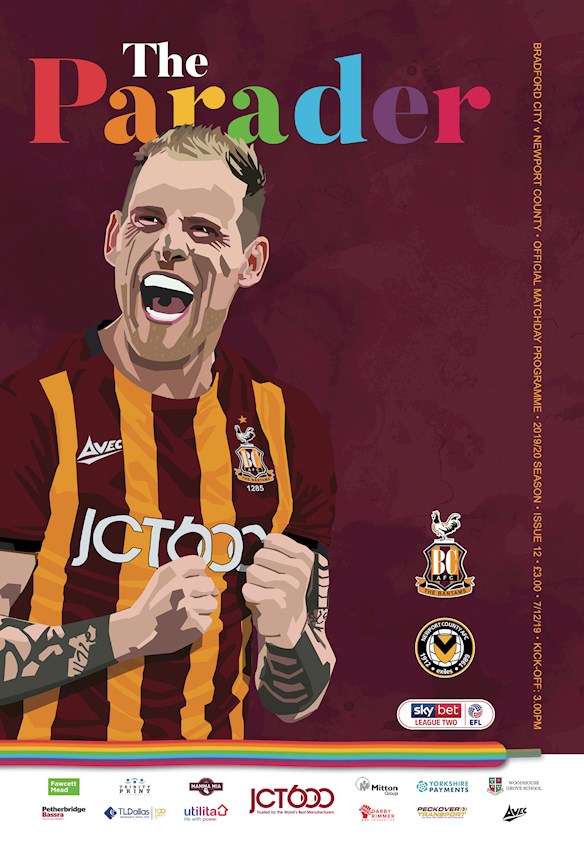 The midfielder is also the subject of this issue's 'Big Interview' where he evauates the start he and his team-mates have made to this season.

The 27-year-old also analyses the threat Saturday's opponents pose and the unique relatonship he has with his manager.

'Junior Bantams Reporter' James Crickmore returns with his take on the Exeter City triumph, while the popular 'Bantams Board' displays supporters' special messages sent in for publication.

With sellers located around the outside of the Utilita Energy Stadium from 1.30pm on Saturday, be sure to grab a copy of The Parader: Issue 12!