Issue 14 of The Parader will land this Saturday when the Bantams play host to Mansfield Town.

Gary Bowyer's men return to league action at the Utilita Energy Stadium, looking to extend their unbeaten run to six matches, with action set to get underway from 3.00pm.

And the 14th instalment of the club's official matchday programme - on sale for just £3 - will be packed full of exclusive content for supporters to enjoy. 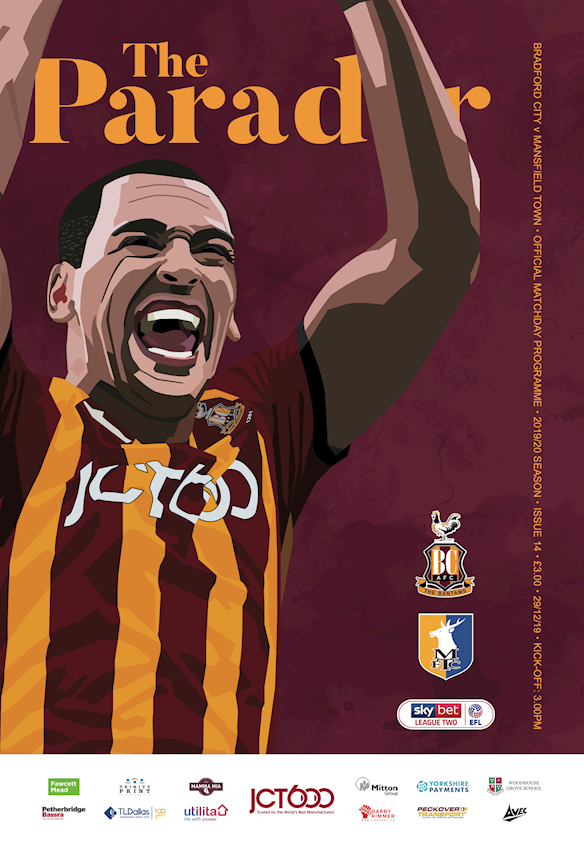 The stiker is also the subject of this issue's 'Big Interview' where he speaks of his pride in skippering the side, and how he has enjoyed this role thus far, this season.

The former Everton man also speaks about how he has had to adjust to playing in different sytems with different strike partners, since the injury of Clayton Donaldson.

The popular 'Bantams Board' is back, displays supporters' special messages sent in for publication.

With sellers located around the outside of the Utilita Energy Stadium from 1.30pm on Saturday, be sure to grab a copy of The Parader: Issue 14!