Issue 15 of The Parader will arrive on New Year's Day when the Bantams play host to Morecambe (1 January 2020).

Gary Bowyer's men return to league action at the Utilita Energy Stadium, looking to extend their unbeaten run to seven matches, with action set to get underway from 3.00pm.

And the 15th instalment of the club's official matchday programme - on sale for just £3 - will be packed full of exclusive content for supporters to enjoy. 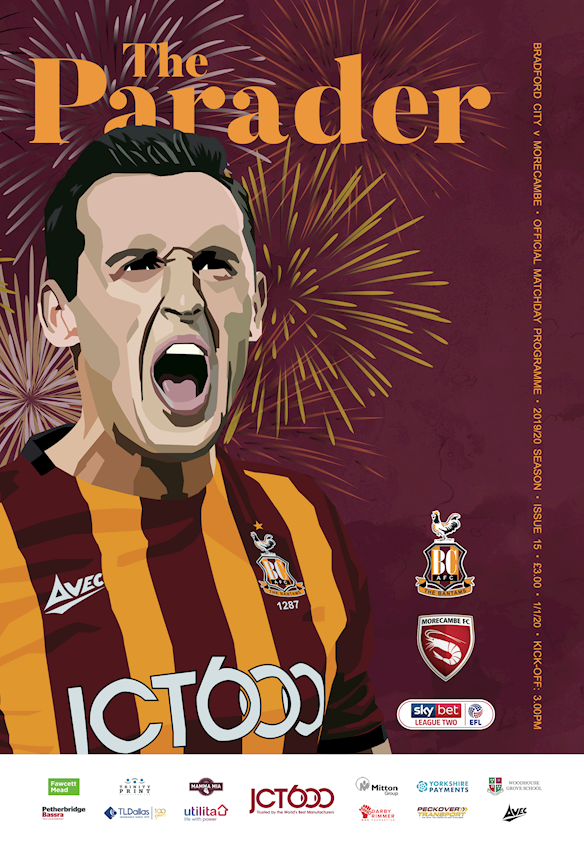 The winger is also the subject of this issue's 'Big Interview' where he speaks of how much he is enjoying his spell in West Yorkshire.

The AFC Wimbledon loanee also speaks of his close relationship with the Bantams faithful, and how the two parties compliment eachother.

'From The Top' sees chairman Stefan Rupp return, while manager Gary Bowyer takes up his usual slot in 'From The Dugout'.

With sellers located around the outside of the Utilita Energy Stadium from 1.30pm on Saturday, be sure to grab a copy of The Parader: Issue 15!