Firstly, we would like to extend a warm welcome to this afternoon's Big Match Sponsor, Commerce Business Systems!

Our popular matchday competition will be back in place for the opening match, giving supporters the opportunity to walk away with a top prize of either the man of the match-worn shirt or £100 in cash!

The Red Devils will be looking to build on a 19th-place finish in the fourth tier, last season.

Be sure to grab a copy of Issue Eight of The Parader this afternoon, on sale for just £3 around the Utilita Energy Stadium.

Hope Akpan - who also features in 'The Big Interview' - is this week's cover star. 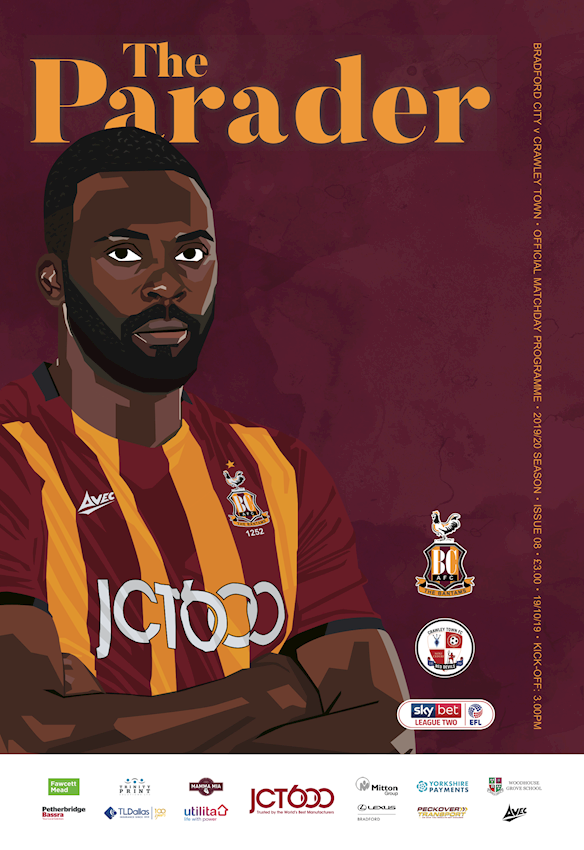 The midfielder discusses his recent goalscoring run in the side, looks back on his time at this afternoon's opponents and looks forward to welcoming his first child into the world.

'Junior Bantams Reporter' James Crickmore returns for his second outing - with a report on City's 2-1 victory over Swindon Town.

Other features include 'From The Top' with chairman Stefan Rupp, 'From The Dugout' with manager Gary Bowyer and the popular 'Bantams Board'.

Supporters could be in for a wet afternoon, with a 15 per-cent chance of rain.

Temperatures are set to reach highs of 10°C.