Firstly, we would like to extend a warm welcome to this afternoon's Big Match Sponsor, Commerce Business Systems!

To mark 'new' manager Stuart McCall and assistant Kenny Black's return to the club, this afternoon, we are having another scarf parade!

Supporters are urged to bring scarves to the game and lift them above their heads when McCall and Black lead their players onto the field, to create another fantastic atmosphere at the Utilita Energy Stadium.

Today’s game will be aiming to raise awareness for the EFL’s ‘Heads Up’ campaign.

Football is coming together over two weekends in February to kick off the biggest ever conversation around mental health, with this afternoon’s encounter City’s dedicated ‘Heads Up’ fixture.

Stuart McCall’s men will wear ‘Heads Up’ sleeve patches on their shirts during the contest in support of the initiative.

The Mariners will be hoping to build on their finish last season, where they also ended the campaign 17th in the fourth tier.

Be sure to grab a copy of Issue 18 of The Parader this afternoon, on sale for just £3 around the Utilita Energy Stadium.

Returning manager Stuart McCall - who also features in 'The Big Interview' - is this week's cover star in his first game back at the Utilita Energy Stadium. 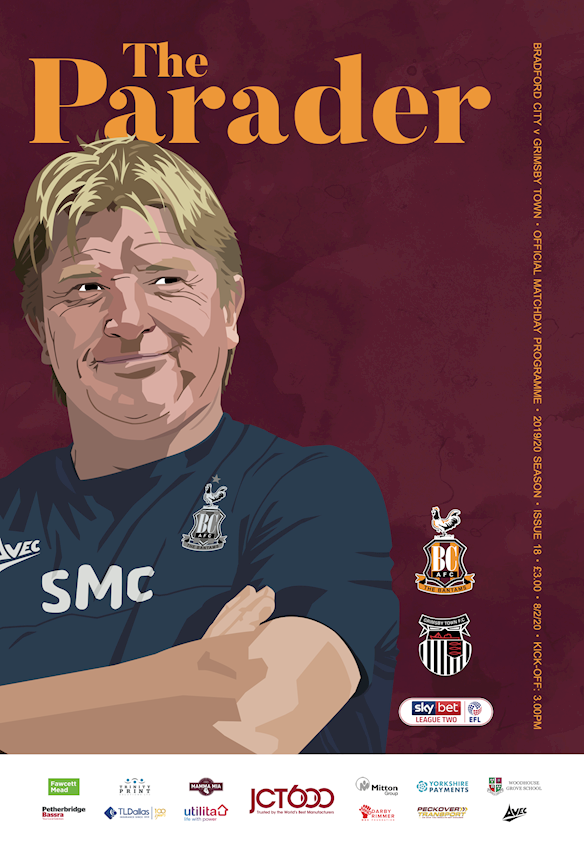 Other features include 'From The Top' with chairman Stefan Rupp, 'From The Dugout' with McCall and the popular 'Bantams Board'.

Bright, sunny spells are expected this afternoon, with temperatures of 8°C set to accompany a one-to-two-per-cent chance of rain.