Issue 18 of The Parader will arrive on Saturday when the Bantams play host to Grimsby Town.

Stuart McCall begins his third stint as manager of City against the Mariners - with action set to get underway from 3.00pm.

And the 18th instalment of the club's official matchday programme - on sale for just £3 - will be packed full of exclusive content for supporters to enjoy.

This week’s front cover - illustrated by Bradford artist and City fan Rob Dunn - features McCall, who returned to the Bantams helm on Tuesday. 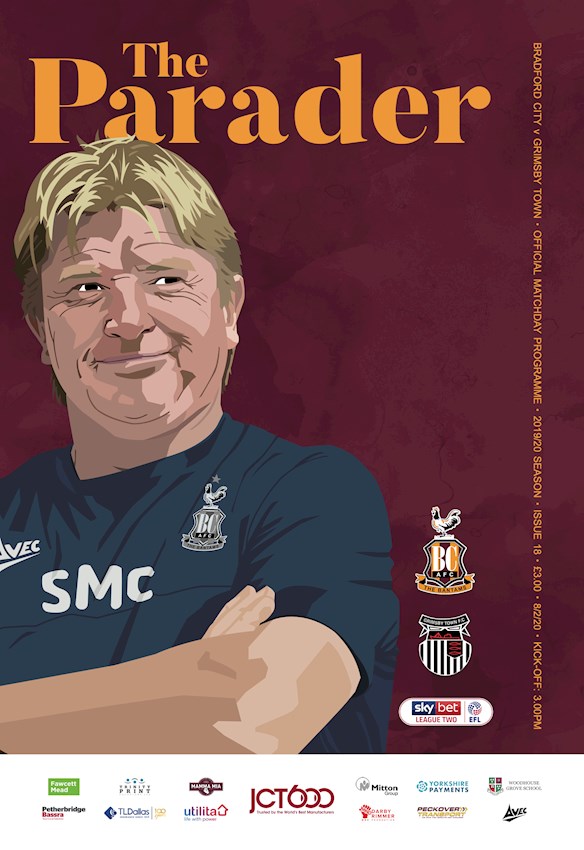 The 'new' City chief is also the subject of this issue's 'Big Interview' where he speaks of how he has found life back at the Utilita Energy Stadium.

The former Scotland international also speaks of his pride and excitement ahead of his return, and his desire to succeed in West Yorkshire.

The centre spread also features iconic images of the returning boss, collected from his three spells in the dugout and two on the pitch at Bradford City.

'From The Top' sees chairman Stefan Rupp return, while McCall pens his first 'From The Dugout' column since being back at the club.

'Junior Bantams Reporter' James Crickmore returns with his take on City's 1-1 draw with Cheltenham Town in the previous home outing.

The popular 'Bantams Board' displays supporters' special messages sent in for publication.

With sellers located around the outside of the Utilita Energy Stadium from 1.30pm on Saturday, be sure to grab a copy of The Parader: Issue 18!