Issue 19 of The Parader will arrive tomorrow evening when City play host to Stevenage.

And the 19th instalment of the club's official matchday programme - on sale for just £3 - will be packed full of exclusive content for supporters to enjoy. 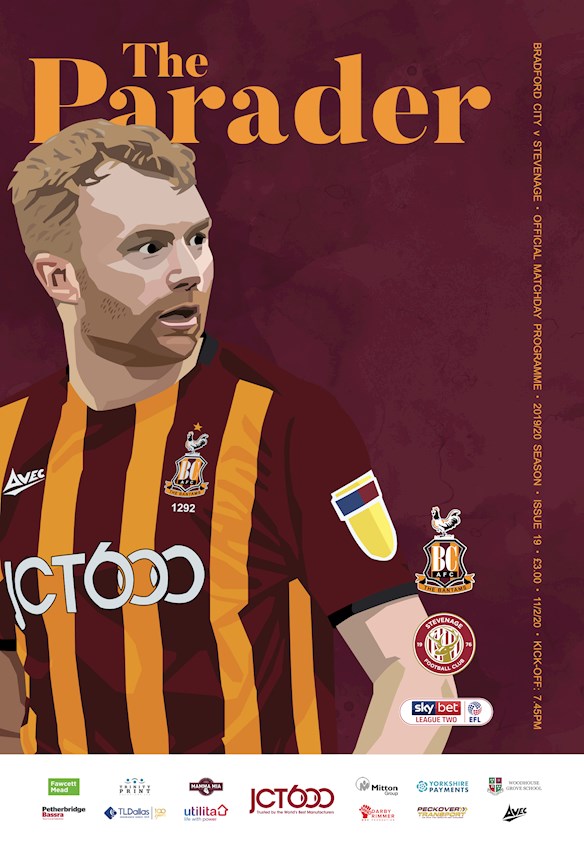 The midfielder is also the subject of this issue's 'Big Interview' where he about how the Bantams are adjusting to life under new manager Stuart McCall.

The 33-year-old also opens up about the registration issues which stopped him from immediately signing for the City in October, as well as outlining his and the side's goals for the remainder of the campaign.

Manager McCall takes up his usual slot in 'From The Dugout', with interim chief executive Julian Rhodes returning for 'From The Top'.

'Junior Bantams Reporter' James Crickmore returns with his take on City's 1-1 draw with Grimsby Town at the weekend, and the popular 'Bantams Board' is back.

With sellers located around the outside of the Utilita Energy Stadium from 6.15pm tomorrow, be sure to grab a copy of The Parader: Issue 19!