Issue 16 of The Parader will arrive on Saturday when the Bantams play host to Scunthorpe United.

City return to Sky Bet League Two action from 3.00pm and will be looking to bounce back to winning ways.

And the 16th instalment of the club's official matchday programme - on sale for just £3 - will be packed full of exclusive content for supporters to enjoy. 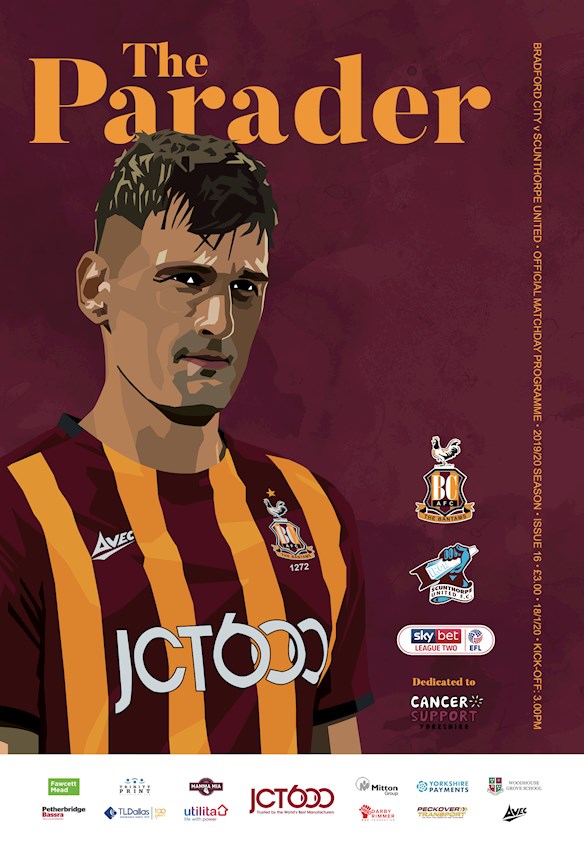 The centre-back is also the subject of this issue's 'Big Interview' where he speaks of the challenge of competing for a starting berth with Anthony O'Connor and Ben-Richards-Everton.

The 22-year-old also speaks of the challenge Saturday's visitors represent in addition to analysing the positivity in camp this season, compared to last.

'Junior Bantams Reporter' James Crickmore returns with his take on City's 2-0 victory over Mansfield Town - in the last outing of 2019.

The popular 'Bantams Board' displays supporters' special messages sent in for publication.

With sellers located around the outside of the Utilita Energy Stadium from 1.30pm on Saturday, be sure to grab a copy of The Parader: Issue 16!