Issue 21 of The Parader will arrive on Saturday when City play host to Leyton Orient.

The Bantams return to Sky Bet League Two action at the Utilita Energy Stadium - contesting the first of their two home affairs in eight days.

And the 21st instalment of the club's official matchday programme - on sale for just £3 - will be packed full of exclusive content for supporters to enjoy. 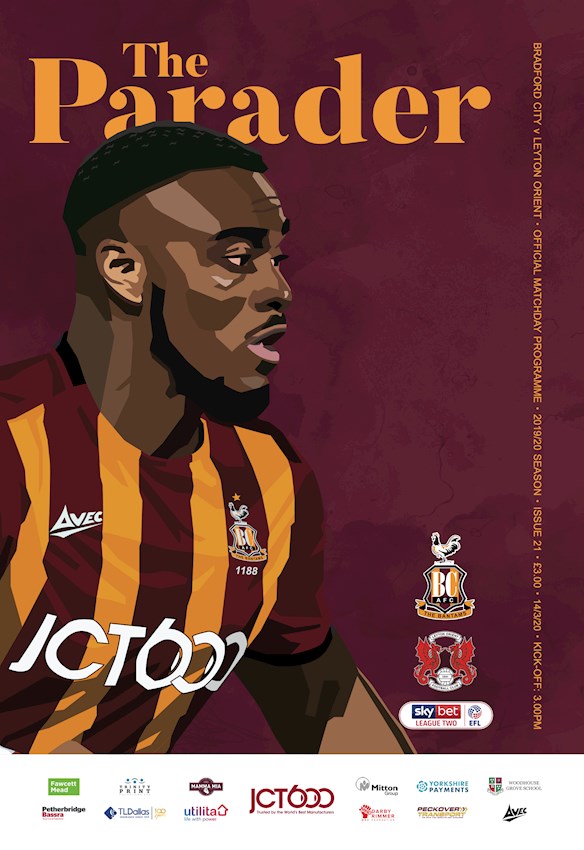 The winger is also the subject of this issue's 'Big Interview' where he speaks of how he has settled back in at the Bantams, since returning to the club.

The 22-year-old also skeaps about how well he has taken to returning manager Stuart McCall, and his determination to attend to "unfinished business" at the Utilita Energy Stadium.

Manager McCall takes up his usual slot in 'From The Dugout' and there is a special feature on the Justin Edinburgh 3 Foundation, which Saturday's game will be contested in aid of.

The popular 'Bantams Board' displays messages supporters have sent in for publication, alongside Tom Caink's story ahead of his attempt to complete the Sheffield Half Marathon.

With sellers located around the outside of the Utilita Energy Stadium from 1.30pm tomorrow, be sure to grab a copy of The Parader: Issue 21!